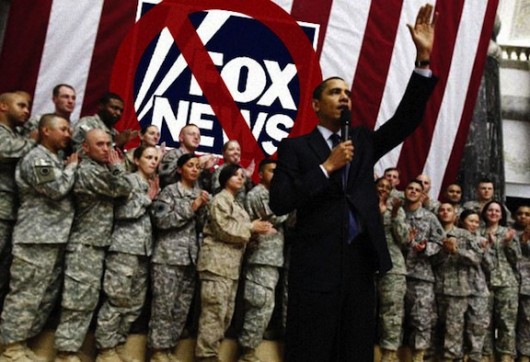 President Barack Obama is alive and well despite recent tweets from FoxNews.com’s political news feed. On Monday, FoxNewsPolitics sent out a series of tweets claiming that the President had been shot and killed while campaigning in Iowa. Now if you saw the tweets like me you were lost for words, but soon after we found out what the real deal was and that it was all a lie.

I found out from StraightFromTheA Fox News has since issued a statement saying that they were victimized by hackers, and are trying to determine who is responsible for spreading such “malicious” and “false” information. The White House has yet to respond to the tweets, while the Secret Service has declined to comment. 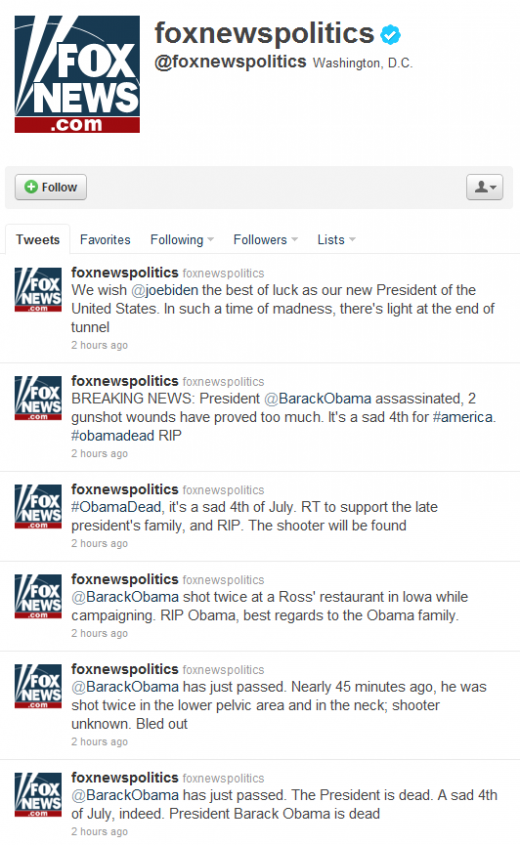 President Obama was never in Iowa over the weekend, and returned to Washington, D.C. on Sunday following a brief trip to Camp David.