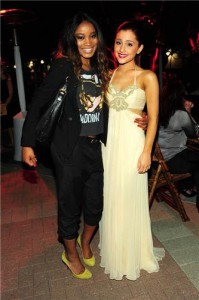 FOX Television has a new fall “comedy-horror” series in the vein of “American Horror Story” in the works that will include “Glee‘s” Lea Michele, multi-talented Broadway star KeKe Palmer, and pop singer Ariana Grande.

According to FOX, the 15 episode series focuses on a college campus that is “rocked by a series of murders.” The show will also include the acting talents of Emma Roberts and actress and author Jamie Lee Curtis.

What do you think? Are you looking forward to this new show from FOX? Share your comments with us below!