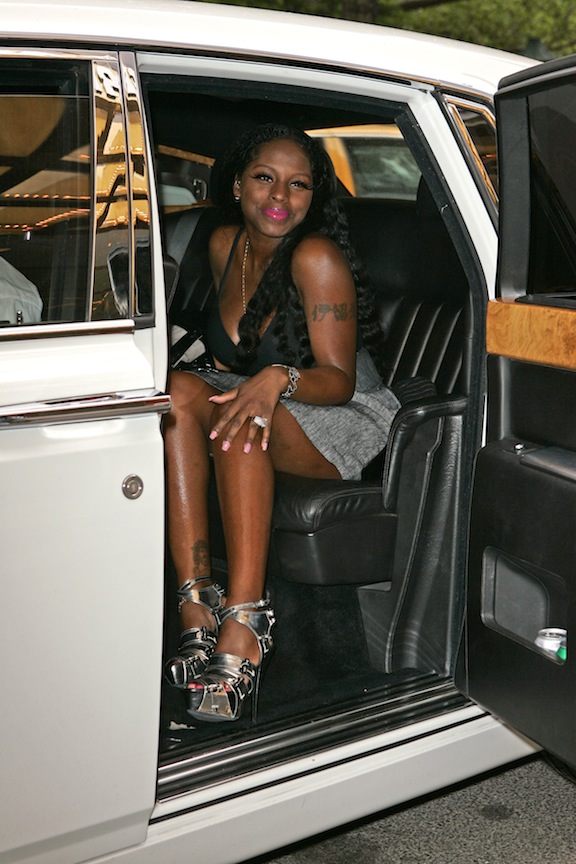 Foxy Brown’s backside apparently played a role in her arrest Wednesday evening for violating a protective order. According to TMZ.com, the emcee’s neighbor — who has a protective order against the rapper — claims the entire incident began when Foxy Brown walked up to her home and started yelling things like “what are you looking at?” The official complaint says Brown then “bent over and thrust [her] buttocks” at the woman while telling her to kiss her rear end. The rapper’s manager has denied such an incident occurred, claiming Brown was just walking to her car when the neighbor started yelling. Foxy Brown is facing six criminal charges related to the incident, including public lewdness, criminal contempt, menacing and harassment.
Foxy Brown is reportedly working on a new album called “Black Roses.” The record is expected sometime later this year.