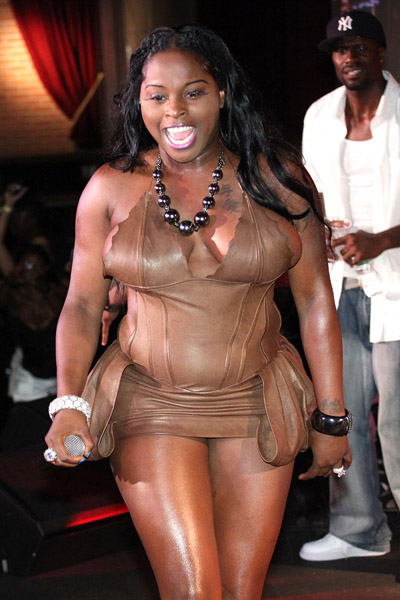 Rap diva Foxy Brown has once again been ordered to stay away from her neighbor. The emcee was in a New York courtroom Tuesday where Judge Geraldine Pickett extended Arlene Raymond’s order of protection against the rapper. Foxy Brown asked for an order or protection of her own, but the request was denied. Brown’s day in court got off to a rough start. The “New York Post” reports that her legal representation, Bruce Barron Associates, decided to drop her as a client. Brown’s manager, Bernadette Brennan, denies the report telling AllHipHop.com that she “decided to go with a high power attorney” named Salvatore Strazzullo.
Foxy Brown was arrested last week on one count of criminal contempt for allegedly getting into an argument with Arlene Raymond. Raymond — who already had an order of protection against the hip-hop star — was reportedly mooned by Brown during the dispute. Foxy Brown was released from police custody last Thursday after posting five-thousand dollars bail. She is due back in court on January 28th.