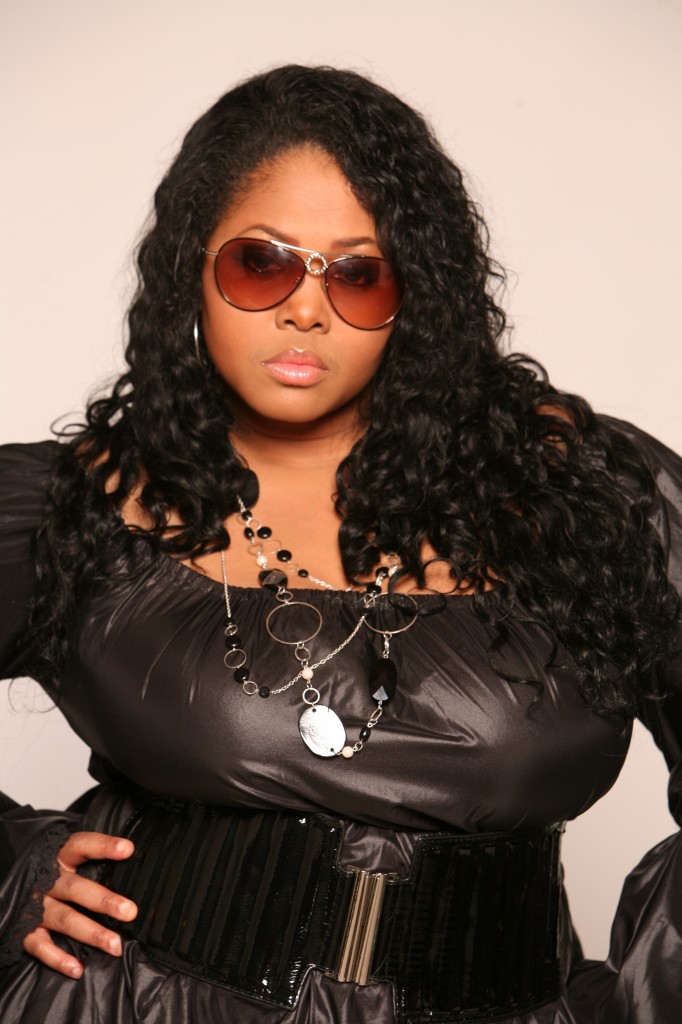 It’s been a couple years since Poprah graced our TV screens on the VH1 show “I Want To Work For Diddy” but now she is working for herself and doing it bigger than ever. In this exclusive Interview with FreddyO, Poprah goes in on everything from her touring stage play “Big Girls Gotta Eat Too”, her opinion on Nene Leakes and any other lingering questions you may have had with Poprah.

Tell us about your character in the play â€œBig Girls Gotta Eat Too.â€

I actually was allowed to interpret my parts in the play and deliver them as myself for the most part. Since I am not based in Atlanta, I didn’t get to rehearse w/the cast until the day before opening night, so I was told to interpret the script as I pleased. Fortunately, for me, the director, Toni Henson, was thrilled with my delivery choices & I rocked the part just as planned, with her consent, and the audience seemed to love it too!

Do you feel as though you can relate to her?

I do relate to the message portrayed in the parts I received, because the amazing writers, Wanda Simmons, and Melissa Blackmon really managed to capture the essence of the big girl experience in a way I’m sure everyone, including me, could relate.

You have experienced life through different body types, do you believed that your weight affects the way people view you?

I have literally been every size as an adult woman, from a size 4 to a size 24, and honestly there is a distinction between how people treat you at one size rather than the other. But I don’t think the issues are as obvious to me, only because I have always exuded confidence and self assurance regardless of my size, and people treat you based on how you project yourself, no matter what your size. So I get respect, and adoration because I demand it, and carry myself with pride.

How has your life changed after VH1?

My life changed after doing 2 shows, Work for Diddy Season 1 & 2, and having a weekly blog on Vh1.com, in that the notoriety and celebrity status I gained gave me access to opportunities and people that I never would have had access to when I didn’t have network credits, or face recognition. From celebrities to industry insiders, it definitely helps to have some level of popularity, it’s like a right to passage, so I have no regrets! 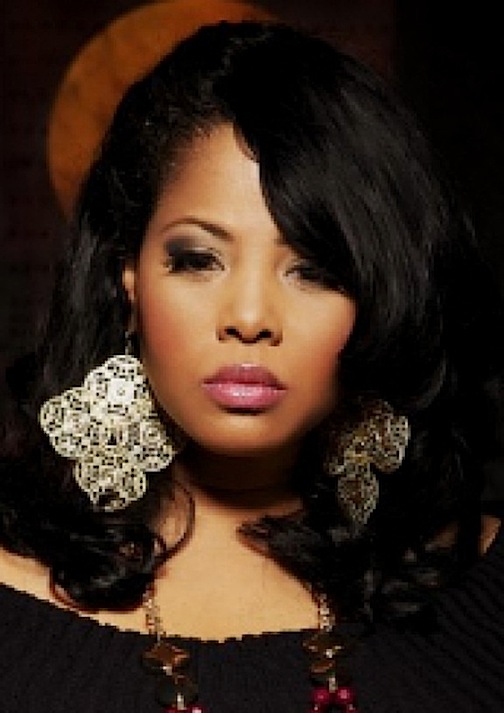 Do you watch reality TV?

I watch reality tv as much as I can when I do have time to watch tv, which happens in spurts between my own project and endeavors. But I love it, find it the most entertaining, and of course since I produce reality tv too, it helps to keep your eyes on the competition.

You worked for Diddy but would you ever work for Donald Trump?

I would work for almost any mogul, these people are where I want to be, so there is no better education than working directly with the people you admire. I am a firm believer, in application rather than theory, that’s why I interned at tv stations from my sophomore year of college, while other people partied. I waned to learn firsthand under the masters, how its done. And I definitely welcome the opportunity to work with Donald Trump, I know he is brilliant and also know he would appreciate my business acumen and diiverse skill set. So I’ve got my fingers crossed, hoping to get a call from “Celebrity Apprentice”, its time for a big girl, and a smarter girl, he needs a Poprah!

What is your opinion on the Nene vs. Star Jones controversy?

I actually liked Nene since the first season of Atlanta Housewives, I really could identify with her candid “tell it like it is” persona, much like mine. But where I really lost respect for her, is when I realized she in my opinion is more like a bully, which I vehemently oppose. It seems that she attacks people when she feels inferior to them, such as Kim’s success w/her music. Great vocals or not, she still had a hit record, and Nene I feel constantly bullied, and tried intimidate her because she was jealous. And I saw that behavior again on Celebrity Apprentice, she clearly did not have the skill set Star Jones did, and manipulative or not, Star is sharp, and was playing the game. And Nene’s way of dealing with that once she realized Star’s skills could be a threat to her, she immediately used physical threats and verbal abuse to try and intimidate Star out of the game. Star maintained her composure as much as possible, of course to protect her “brand”, but more obviously to me, because she was scared. Nene is a big tall, girl and was towering over her, no matter how much she tried to avoid her, and no one intervened because it made great tv. So Star just backed down, its sad, but that’s how bullies operate. Then when she felt Star “won” the “hypothetical battle” in Nene’s mind, because she was moved to other team, which was ridiculous, Nene quit. Why she thought that favored Star was silly, and why would she quit when she hadn’t raised anything for her charity was absurd to me. She should have moved to the other team graciously and kicked Star’s but with results, just like I did on the Diddy show when I was moved to other team. But Nene knew she couldn’t win, so she gave up. I like her, but I don’t like that aspect of her personality, and if we were good friends I would sit her down, and break it down for her, “people like you, I like you, but girl hateration and bullying is not the way to get ahead, and makes you look small-minded and inferior, which is exactly what you’re trying to avoid”. I also wish people could see the difference between a black woman who is assertive & and aggressive for justifiable reasons ,and a person who is just ghetto, and ignorant, all strong black woman are not the same!

Do you feel as though being on a reality show hinders your career options later in life?

No, not at all, I’m leveraging this 15 mins of fame, in every way possible, that’s why I’m still relevant enough to warrant this interview and many other former reality contestants have been long forgotten.

Do you have any plans of acting in features films or returning to TV?

I’m already working on other reality projects, in front of the camera, and as talent, and behind the scenes as a producer and/or director.
I was in television & film with my own production company, Hollywood South, before the Diddy show, and am here to stay. Most people don’t know I have been an actress for over 15 years, having lead roles in 3 independent films, and co-star roles in several others, and will continue to take on parts, but selectively of course.

You now have your own hair and cosmetic line, how did that project come about?

While being shot for a magazine cover, I discovered some products that I loved, and decided I could re-brand those producta and market those products better than they were being promoted, and its working. It started with makeup and is expanding into hair, wigs, jewelry, shoes, & eventually handbags. My goal is to provide products that will allow women to define themselves, and create their own “image”, rather than the image that feel society expects from them. That’s why the line is called Image Cosmetics, Image Hair & Wigs, etc., and our site is, www.theworldofimage.com. How we style ourselves reflects, an image, not just style, and reflect your individual brand, many women don’t understand how those choices can steer your life’s path, so I want them to understand that and offer them affordable choices to create their brand and image, based on their goals, not other’s goals for them. It’s another way of me helping to empower more women & soon men as well, to be independent thinkers, not conditioned zombies of society.

What other projects are you working on?

I just co-hosted the Female Hip Hop Awards with Kym Whitley, i’ve been hosting for years, even had my own talkshow on UPN, so I plan to continue hosting tv and live events. I also have “Celebrities Against Bullies, my star driven campaign involving almost 100 notable celebs to speak out against bullying. And I’m continuing to promote, create, produce other television and film projects, and be talent on several as well. Stay tuned, I can’t name some things, for legal issues, but it’s coming!

Do you have any beauty tips for plus size women who want to become divalicious like you?

I think it’s important for all women, of any size, to wear things that fit and are flattering to your body type, not every woman should wear every thing. This includes hairstyles too, not everyone looks good with their sides shaved like Cassie, or rocking a mohawk. Do you, and be the trendsetter, not the follower. Your style is your statement, so think before you dress, like you should think before you speak.

Do you have any tips for women on how to snag a man?

I don’t think I should give advice on how to snag a man, since I haven’t snagged what I want yet. I get lots of play, but I don’t waste time with people I really wouldn’t consider being with long term. I don’t have time for that, that’s time I could be making money, and I’m the consummate workaholic. I”m really just too picky, and not willing to settle or be less than, for a man to be greater than. So my advice can only be, don’t compromise your values to be with anyone. And if a man needs you to give up your goals and dreams so he can feel like a man, he’s not a man.

Tell us one juicy headline catching fact about yourself.

My booty is really heavy, so sometimes I just like to have someone hold it up for a few seconds, just to relieve that weight off my back, LOL. Ahhhh, that feels so good, and I’m a sucker for a good massage. You’ll think you’re playing with cotton, my skin is so soft I’m told LOL!