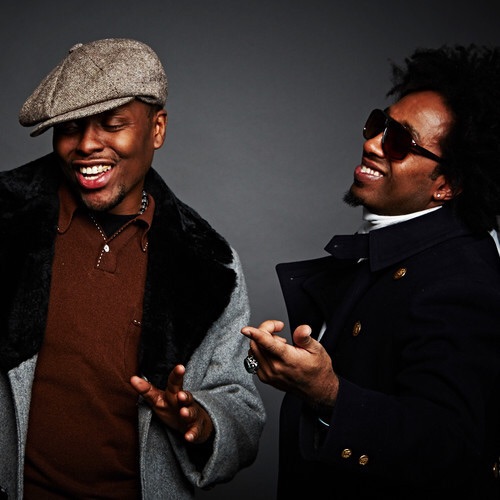 Ya’ boy had the opportunity to sit down with the Hip-Hop duo, Camp Lo. We discussed the experience in the game and their latest project Ragtime Hightimes! 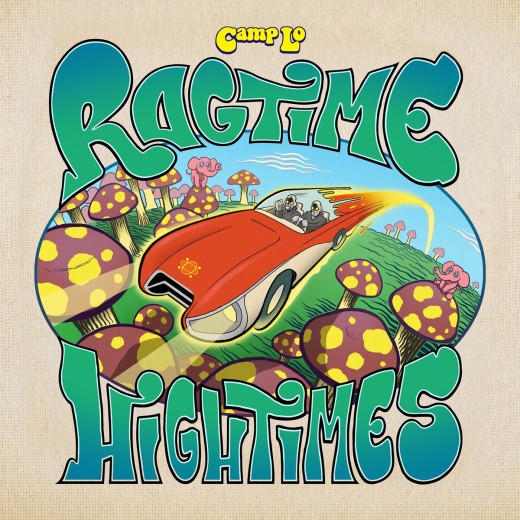 To know hip-hop is to know Camp Lo. Back in ’97, the Bronx born and bred, slang-heavy Geechi Suede and Sonny Cheeba rocked the world with the chart topping single “Luchini” and until this day, it’s not a real party until the intro horns throw the crowd into a nostalgic head-nodding, shoulder shimmying hypnosis. The definition of a classic is how Camp Lo set the bar for emcees and producers alike, however, even classic tune delivery is not immune to the fine print of corporate greed and label politics – leaving die-hard hip-hops heads with nothing to look forward to from this hugely talented, one-of-a-kind dynamic duo for years. After this roadblock, Suede and Cheeba were determined to remain true to their original style and flow without compromise and, throughout the years, have taken their time to create, release and once again inspire. Camp Lo’s latest album, Ragtime Hightimes, has been all the buzz on iTunes since it’s May 19th release and we here at Freddy-O had the opportunity to catch up with the musical stylists before they hit the stage on the Atlanta leg of their promo tour. Peep this …

When Luchini dropped in 97, it seemed like you two had been doing this for a long time. Is that the case? How did Camp Lo come about?

Geechi: Nah, that really wasn’t the case. I started out as a solo artist and Chee was always there helping me out with ideas and one day we just decided to try it together and not too long after that, we dropped “Cooly High” in ’96.

How’d you come up with the name Camp Lo and what’s the meaning?

Cheeba: We used to roll dice for pushups, so it started off as C Lo but we found out that there was a cat in ATL by the name of C-Lo Green, so we couldn’t use that. So we changed the ‘C’ to Camp.

Since Uptown Saturday Night, you’ve been releasing music without major label support. What are the pros and cons of going indie?

Cheeba: Freedom – sonically and visually. It was like open season. We could do whatever we wanted to do. But when you’re in that other [corporate] machine, you have to do what they tell you to do. You’re like a puppet for A&R.

Your new album, Ragtime Hightimes, has a variety of different sounds, when you and Ski Beatz teamed up for this one, what was the concept or theme behind it?

Geechi: Ragtime Hightimes in a Padded Room of Pink Elephants Playing With Spiked Mushrooms is the full title.

Cheeba: Ski – I mean, he’s the third member of “Lowa” – as we grow, he grows. So when we hop in the studio, it’s like we haven’t gone anywhere. We pick up where we left off. As far as the album, it’s different because we have live musicians. We got some live horns, keys and some guitar, so that aspect of it is a little different.

Geechi: Yeah, the last album was so “boom bap” we wanted to make this one a little more melodic with the live instrumentation. We’re pretty much picking up where we left off but going somewhere different.

What track speaks the most to who you are as artists and individuals?

Geechi: I know, man. Damn. When the good questions do come, they’re hard to answer. I will say that, off this album, it would be “Bright Lights.” I only say that because it’s gives me the feeling of just what we captured so long ago when I knew that we had something, you know?

Cheeba: “Bright Lights” is tough but if we’re going to stick to this album, I would have to say “Award Winning.”

Cheeba: We’re not here to duplicate something we’ve already done.

The contrast between your music and others is likely longevity. You take the time to produce classics. How does your music fit in today’s industry?

Geechi: Um, I try not to look at it too deep. I feel like we touch enough people, praises be to God, to always have a platform to put our stuff out there. And at the shows, the age range of the crowd gets younger and younger and we can see that we’re tapping into the next generation of minds who are happy to absorb our music. It’s just a blessing to be 20 years in and still have love for it and still be received with love.

What’s next for Camp Lo?

Geechi: We’re going to continue to push this record, tour it and start working on the next one – like yesterday.

Cheeba: We got a treat for cats on this next project though, so get ready!

Ella Mai discuss how she feels about her song effecting the fellas more than the ladies. She enjoy going on instagram and watching the...
Read more
Entertainment

New Orleans was super litty from the Essence Festival this year. The concerts, convention center events, and Bourbon Street this year was a super...
Read more
Artist Spotlight

Savannah, GA native songwriter and singer who goes by the name, Kelvin Frazier, Ph.D is definitely not your typical artist in the music business....
Read more
Artist Spotlight

This week in Atlanta Mali Hunter hosted one of her world famous dinners at the studio with J. Prince as guest of honor....
Read more