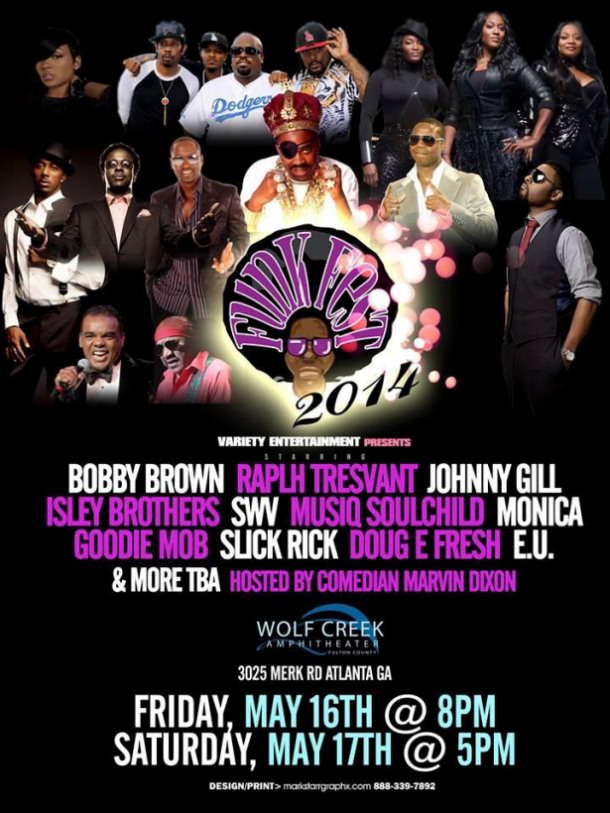 This year’s Funk Fest performances include Goodie Mob, SWV, Doug E Fresh, Slick Rick and more and I am giving away a pair of tickets today!

Shout out to the homies for sponsoring the FreddyO Funk Fest 2014 Ticket Giveaway.
All you have to do is tweet me why you deserve my pair of tickets.
Facts about Funk Fest:
•The 2014 Funk Fest music series marks the 20th anniversary of the festival which began as a small concert in an outdoor venue in Mobile, Alabama.
•Each year, Funk Fest attracts music enthusiasts from all 50 states to its specially-selected venues and adds significant tourism revenue to each city’s local economy.
•Funk Fest celebrates the rich cultural heritage of “old school” music and has grown into a true celebration of human expression.
•For more information about Funk Fest visit www.funkfestconcerts.com

Yours truly Greg Street is back again to host Sneaker Friends 2015. Hip hop legends, professional Athletes, and many other celebs were definitely in...
Read more
Giveaway

I had the pleasure of attending a bloggers event hosted at IKEA Atlanta, we had the opportunity to tour the store, get our GRUB on...
Read more
Giveaway

Are you a fan of "Preachers of LA"? I am a huge fan of the Oxygen docuseries that shows the life and time's of...
Read more
Giveaway

I am giving away a pair of tickets for the 5th Annual "ONE Musicfest" that is guaranteed to be a good time with its powerhouse artists. Check out...
Read more