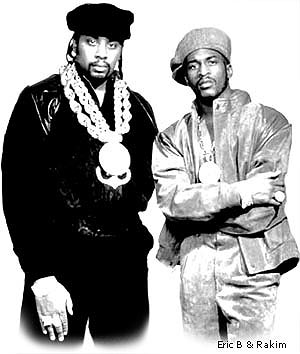 Now this is an old banger. This is Rakim and Eric B’s “Don’t sweat the Technique”, released in 1992 off Geffen Records. As you can see, this video marks the beginning of an era where women and sexuality are combined with rap. The women look extra cheesy with the flower print bathing suits…I guess when compared to the soft adult film produced by 2010 video vixens. Be sure to catch a cameo of Haitian Superstar Wyclef rockin the baseline and base in the first few seconds of the video. Yeah, he’s been on the scene for a minute. Be sure to support Haiti…they still need our support. For all my old school heads, this one’s a banger with a great message for the haters….Dont Sweat My Technique. Enjoy.