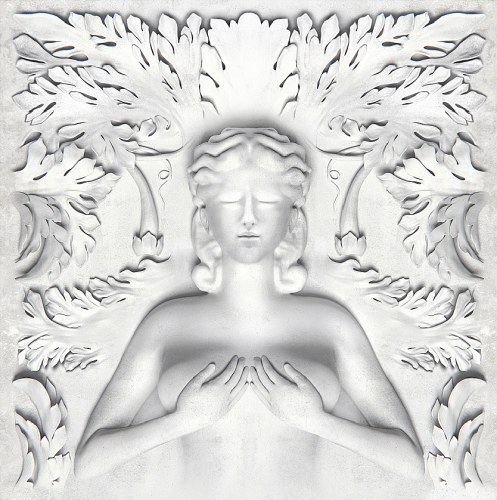 Earlier today Kanye took to Twitter to give fans a glimpse of the “Cruel Summer” Album Art Work.

Cruel Summer, Â is scheduled to finally hit the streets on September 4th. The album will include music from Yeezy, Q-Tip, Common, Pusha T, Big Sean, CyHi The Prynce, Teyana Taylor, 2 Chainz, Hit Boy, and many more guest appearances.
The cover art, which was made by Kanye’s creative team at DONDA, follows the same creative trend as Kanye’s last album with Jay-Z, Watch The Throne. 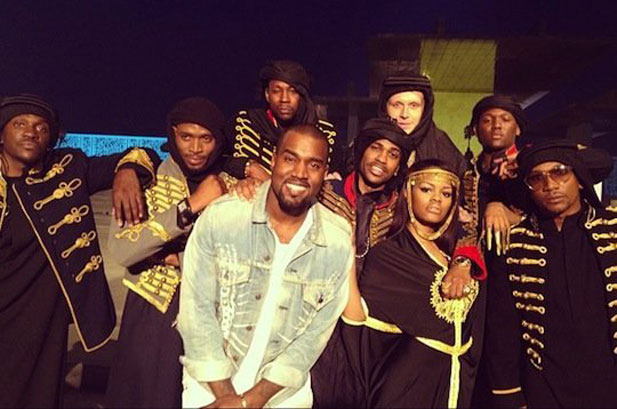 In the meantime, G.O.O.D. Music can be found gracing the cover of Complex’s August/September issue. In the “Good Music: New Religion” cover story, seven of the group’s most illustrious members share secrets behind the group’s dynamic. The also discuss the role Kanye has in each of their lives, musically.

Check out a few excerpts from the cover story below:

What does G.O.O.D. Music mean to you?

Big Sean: Qualityâ€”the best. Kanye put himself in a class that nobody can match, as far as evolving, progressing, and taking the best of what we learn and making more out of it. So the brand is just being the coolest. We dress the best, we rap the best, we sing the best, we look the best. [All laugh.] Itâ€™s about getting the money, but itâ€™s also about changing the world and doing what the fuck we want to do.

Pusha T: And knowing that itâ€™s limitless. Thatâ€™s the biggest thing that comes with G.O.O.D. Music. You get so much, and the fans get so much, in fucking with this brand. From G.O.O.D. Fridays to these 30-minute movies in the Middle East…

Pusha: Thereâ€™s just so much that comes along with the brand, as far as showing people that we can do what we want. There are no limitations.

John Legend: It starts with the name itself. We want to be known for quality. We want to be known for stuff that we all can be proud of. That creativity, that attention to detail, that quality controlâ€”thatâ€™s what distinguishes us from other folks who might just be chasing a hit. Kanye picks artists who care about making great art. We all want to make money and do well, but we also want to make great art thatâ€™s important and interesting.