TMZ says that a tabloid bought 4 pictures of Gary Coleman in a hospital bed on life support. The tabloid decided not to buy the picture of Gary after he passed, because they don’t want to earn a gold star from Satan just yet. TMZ confirms that Gary’s ex-wife Shannon Price is the one who hired a production company to take the pictures of him in the hospital. Shannon is also behind shopping the pictures to the tabloids. They were sold for five figures, and Shannon is going to take a cut. I mean…and she says she didn’t do it? I smell motive.

Gary Coleman’s mother, Edmonia Sue Coleman, is “shocked” that Shannon Price is selling photos of Gary’s last moments … telling TMZ that Shannon’s actions are “extremely disrespectful.”Mrs. Coleman tells TMZ, “I can’t think of any other reason why she would do that unless it’s just for the money.” 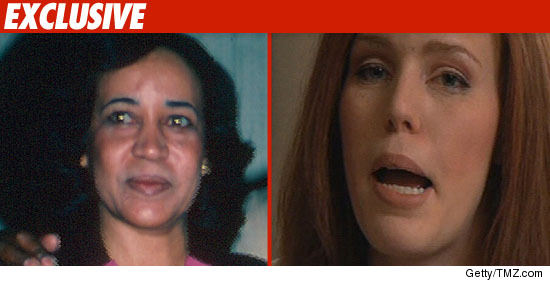 Honestly, I mean, if Shannon wants people to believe that she didn’t push Gary down the stairs and then pull the plug so that he wouldn’t ever wake up from his coma to point the finger at her, this is not how you convince us.