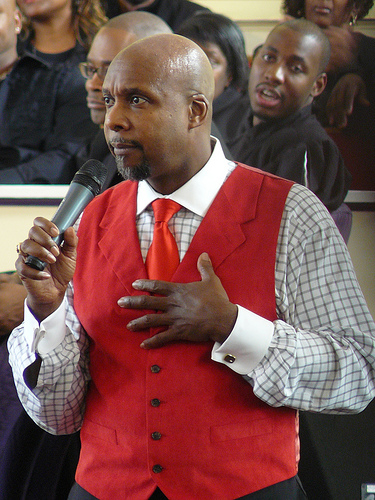 (10/4/2010) The Rev. Dennis A. Meredith, pastor of Tabernacle Baptist Church in Atlanta, posted a message admonishing Long to â€œtell the truth.â€

The nearly four-minute video was posted on Monday, the day after Long made his first public comments about the scandal in which four young men sued the pastor, accusing him of coercing them into sexual relations. Long, in two sermons at New Birth Missionary Baptist Church last Sunday, vowed to â€œvigorouslyâ€ defend himself against the allegations.

Long compared himself to the biblical David against Goliath, asserting, â€œI have five rocks and I havenâ€™t thrown one yet.â€

In the video, though, Meredith takes exception to that description, calling Long a â€œgiant of an individual, who claims heâ€™s David. No, youâ€™re the Goliath.â€