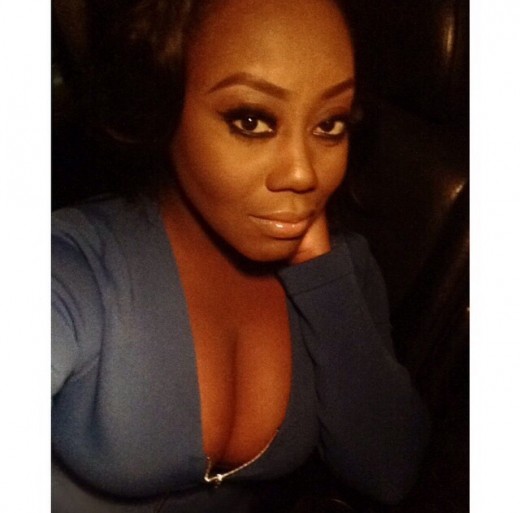 It looks like “Blood, Sweat, and Heels” reality star Geneva Thomas has taken the title of the show way too literally.

Geneva Thomas was arrested on Tuesday following a taping for the Bravo reality show after she hit another woman over the head with a bottle. The other woman just happened to be video girl turned real estate broker and “Blood, Sweat, and Heels” co-star Miss Melyssa Ford. Witnesses say the women were involved in a verbal altercation before Thomas got physical, taking a vodka bottle to Melyssa’s face.

Maybe the ladies had one too many shots? That night, at 9:42 PM, Thomas was booked for felony assault. Melyssa ended up in the hospital with three staples in her head. Sadly, this isn’t Geneva’s first run in with the law. She was recently arrested after skipping out on an $18 cab fare in New York City. The cops tracked her down after the taxi driver reported the address he’d written down after she dashed.

The pop culture journalist tweeted a pic yesterday with the caption “Ready for a fab evening!” We think everyone can agree that the night didn’t end up being so “fab,” with her ending up in the slammer and all.

In the end I think the moral of this story is crystal clear: The only time liquor bottles should be raised, is when you want to toast to the good life! What are your thoughts? Comment below!