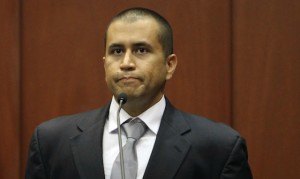 The fatal shooting of Trayvon Martin in a gated Florida community by neighborhood watch volunteer George Zimmerman on Feb. 26 has sparked protests around the country. President Obama even weighed in on the case, in which Zimmerman now faces a charge of second-degree murder.

Oâ€™ Mara, Zimmermanâ€™s attorney entered the plea for him in Seminole County during the arraignment. Zimmerman was not present.
George Zimmerman raised just over $200K online, lawyer says 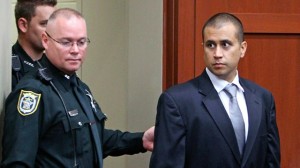 A fundraising site run by George Zimmerman has been shut down, according to a report from CNN, and Judge Kenneth Lester, Jr. has delayed ruling on whether or not he will increase Zimmermanâ€™s bond.

Zimmermanâ€™s lawyer Mark Oâ€™Mara told CNN that he did not know about the money, about $204,000, raised through the Web site, created almost two weeks ago, to help with legal costs. He also told CNN that Zimmerman â€œdid not disclose the contributionsâ€ when Lester set Zimmermanâ€™s bond at $150,000 last week.

Zimmerman’s attorney tells ABC News that he is expecting to be inundated with thousands of documents related to the case. Included in the files are expected to be hundreds sent to the Sanford, Fla., police department about the case, some of them apparently racist in nature. A pretrial date has been set for August 8th.