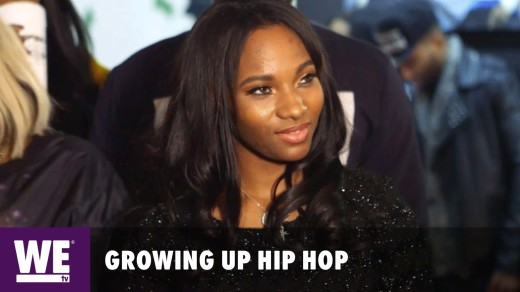 Growing up Hip Hop Star Egypt Criss the daughter of Pepa of “Salt & Pepa” and Treach of “Naught by Nature” is working on million dollar shoes for charity.

Check out the details on how you can get a pair of 4 million dollar blinged out tennis shoes after the break. 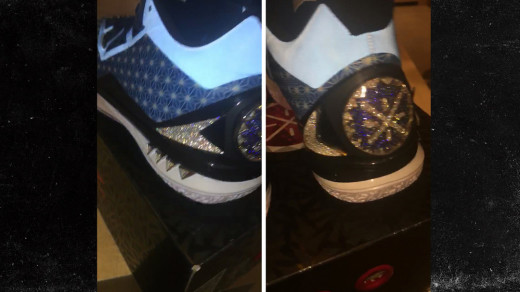 Egypt Criss the daughter of Treach & Pepa and upcoming Hip Hop Star thanks to WeTV’s hot new reality show ‘Growing Up Hip Hop’ is using her celebrity to make music and designer kicks. She has a pair of blinged out bedazzled looking kicks going for $4 million!!!!!!!!

People are lining up to snag the exclusive pair of shoes that will benefit charity.  The shoe is called “The Fire Monkey,” but it’s really just Dwyane Wade’s Li-Ning Way of Wade 4 … with several hundred carats of white diamonds and sapphires strategically added!

The Bedazzled kicks is a collaboration between Bicion, owned by the Egypt and Mache Customs.

A Bicion employee posted a brief peek at a pair that’s only 60% completed. According to sources close to the company there’s enough product for 2 potential buyers — from the Middle East and China — who are flying to NYC next week to see the finished product.

Proceeds from the eventual sale will support the Soles4Souls charity.
Spotted on TMZ.