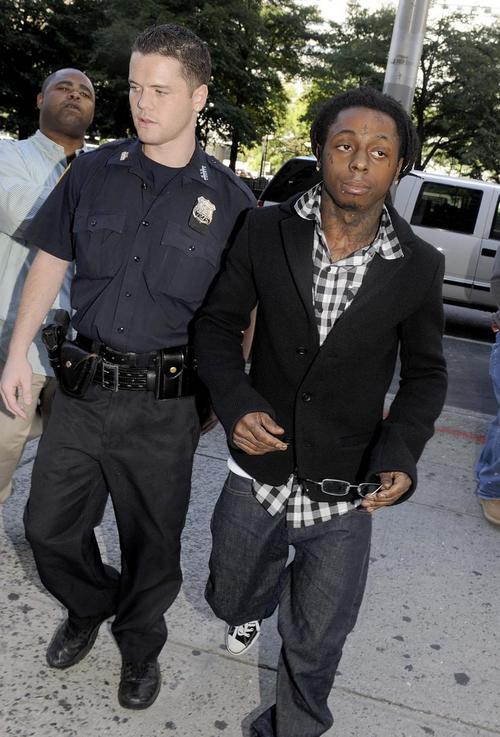 A jail captain at New York’s Rikers Island is being accused of making life a little easier for rap superstar Lil Wayne behind bars. Sources tell the “New York Post” that Latanya Brown has been questioned by investigators working for the Correction Department. Brown is alleged to have spent extra time with “Weezy,” while allowing him to remain in his cell as other inmates were locked out and ordered to spend time in the recreation yard. Brown has yet to comment on the allegations. This past April, Rikers Island guard Amelia Negron was fired for allegedly spying on Lil Wayne. Negron denied the charges, claiming that her union boss forced her to confess.
Lil Wayne isn’t the only rapper whose name has cropped up with regards to allegations of preferential treatment at Rikers. In 2009, it was revealed that Foxy Brown was allowed unlimited TV and phone use and that she also received outside meals. Lil Wayne is currently serving a one-year sentence for weapons charges. He is expected to be released in November. Wayne’s new EP, “I’m Not A Human Being,” is slated to arrive on his 28th birthday on September 27th.