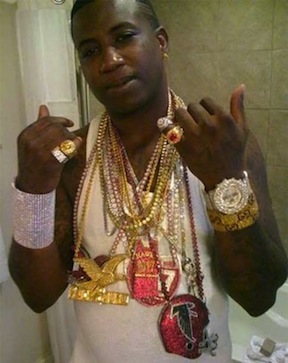 The homie has reached a custody agreement with Sheena Evans, the mother of his four-year-old son.

Evans will also take primary physical custody, while Gucci Mane will be able to spend time with his son as his schedule allows.

Gucci Mane got out of jail over the weekend after serving a six-month sentence after pleading guilty back in September to two counts of battery, two counts of reckless conduct, and one count of disorderly conduct. Gucci was arrested last January for pushing a woman out of his car while it was moving. Now that my boy out he’s got new people round him and ready to take over the world… The Gucci way… P.S. Gucci people are working on a new reality and have already started taping the show. but Yall will have to stay tuned to find out all the info about the reality show….