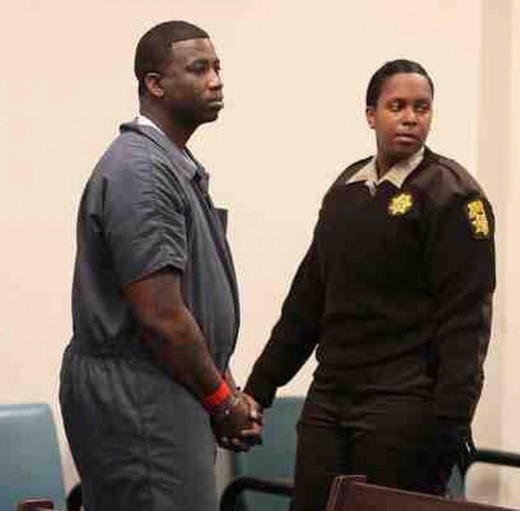 Gucci Mane is in trouble again and has been sentenced to three years for assaulting a fan with a campagne bottle at Harlem Nights in 2013.

Rapper Gucci Mane is in more legal trouble.  The “Atlanta Journal Constitution” reports that the rapper pled guilty to aggravated assault Monday for hitting a fan with a champagne bottle after the man asked for a picture.  The fan suffered a deep gash to his forehead in the 2013 incident at Atlanta’s Harlem Nights club in the VIP section.

“Rather than accommodating the admiring fan, Davis, for no explicable reason, instead, hit the victim over the head with a vodka bottle and then hurriedly left the club,”

Gucci Mane — born Radric Davis — has been sentenced to three years for the assault.  The rapper is already serving a 39-month sentence for federal gun charges.  He will serve both terms concurrently.

Earlier this month, a judge knocked off nearly one year from Gucci‘s gun possession sentence since he’d been behind bars since his arrest last September.

Do you think Gucci Mane will be able to salvage his career once he gets out of jail or is it OVER for the him?

Tell me your thoughts in the comments below.