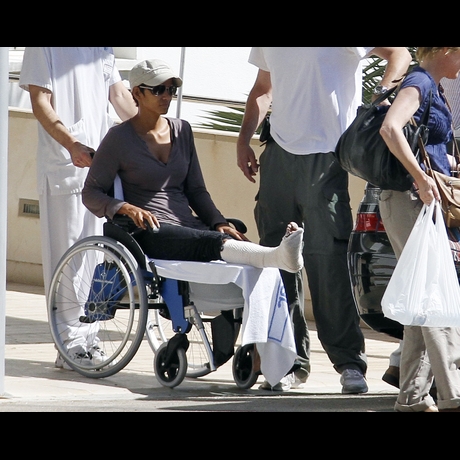 While filming her latest film Cloud Atlas ove in Spain, actress Halle Berry broke her foot! The misshap occured in the home that she is staying in while filming the movie. Sources say that all she was take a step and then suddenly she heardÂ a big crack and felt severe pain! Fortunately, she was immediately taken to a hospital and was seen leaving in a wheelchair with a cast on her foot.

Production will not slow down while she’s out either. The production team plan to use stunt doubles (who could be a stunt double for Halle???) and film around her character. Can you belive Halle Berry broke her foot simply from making a wrong step? Where is luck?