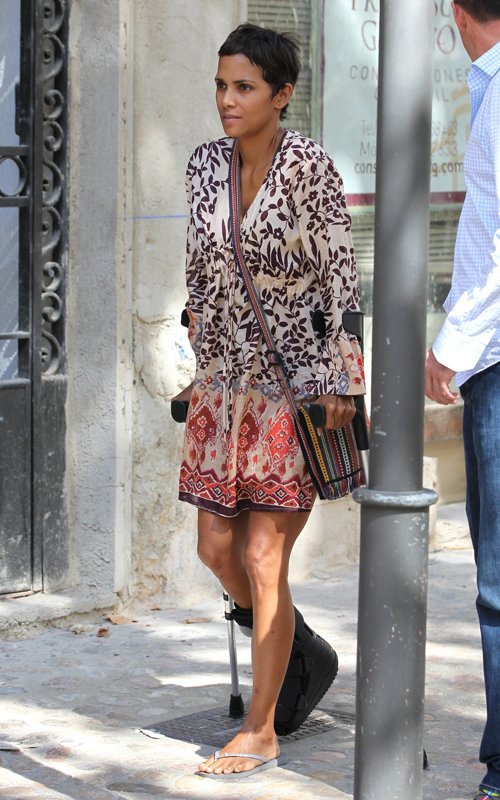 No, you canâ€™t keep a good woman down. Despite a recent leg injury, Halle Berry was spotted in the streets of Mallorca, Spain limping to a midday lunch with friends, the Gossip Center reported. Last week, we told you about Miss Berry breaking her foot on the set of her latest movie, Cloud Atlas, in Spain. 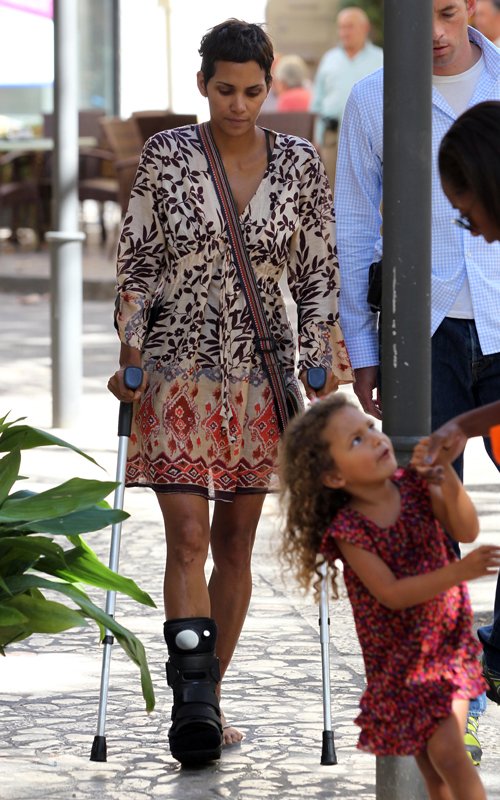 Recently, the award-winning actress, rocking crunches and a leg cast, was joined by her daughter, Nahla and a security staff member in meeting up with friends at a cafÃ©. Sources say that afterwards Halle treated her three-year-old daughter to a large ice cream. 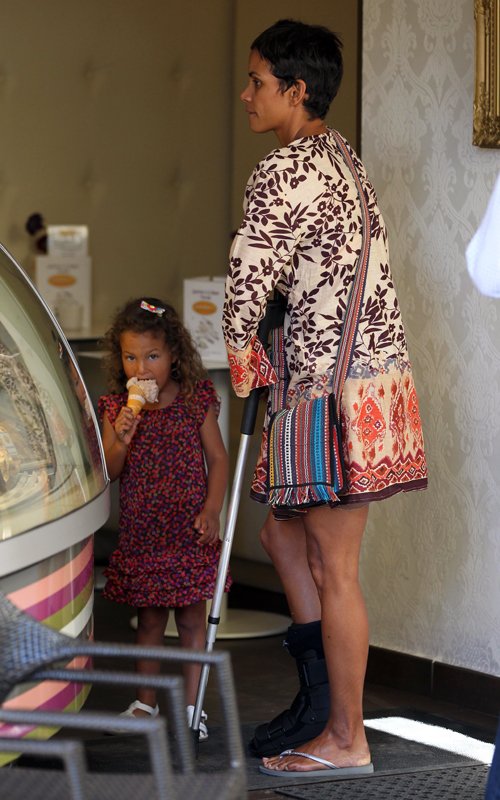 Nahla was said to be very protective of her mother as they crossed the street on their fun outing. 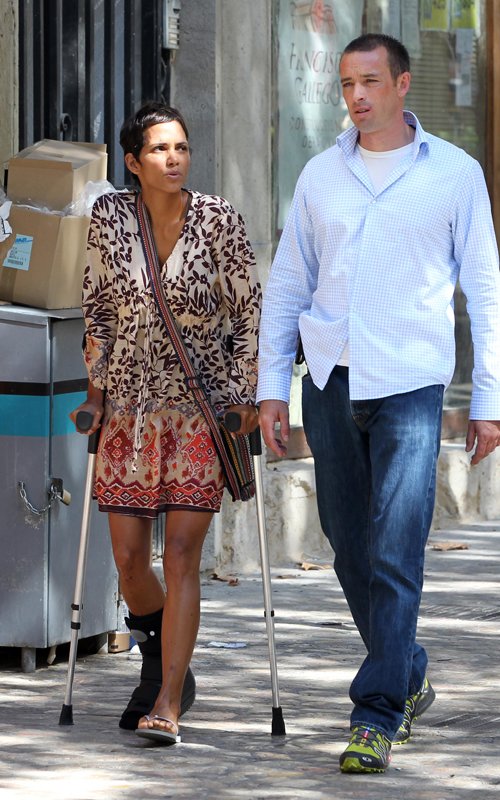 Good to see that Halle Berry is using her time off in a fun way. No pity parties here! 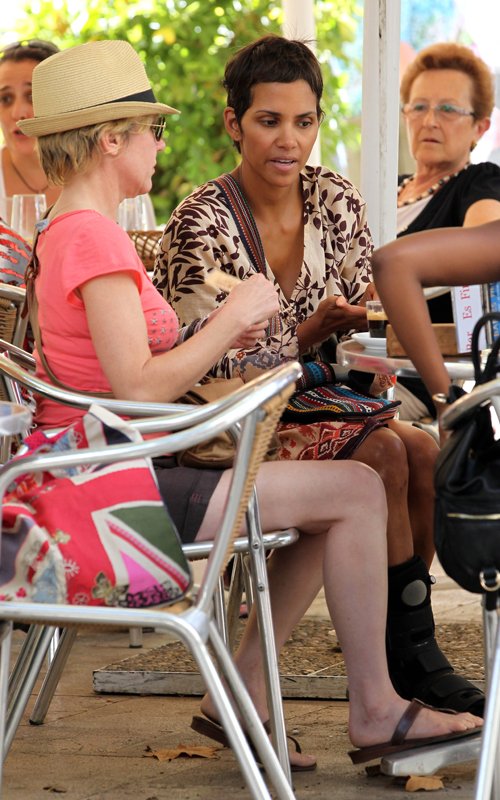 Halle doesn’t allow the rest of us to use excuses when we break something now. What do you think of Halle hobbling around and vacaying as her foot heals?