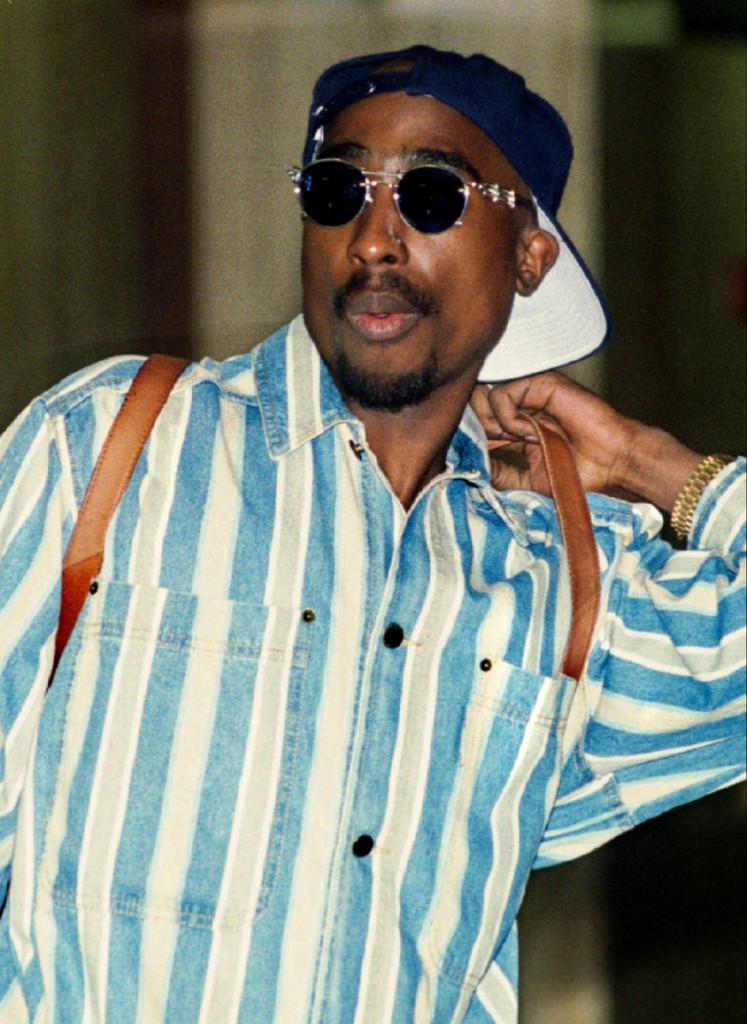 June 16, 2011 marks what would have been the 40th birthday of rapâ€™s late, great fallen son, Tupac Amaru Shakur. His short but polarizing life â€“ mixed with brilliant music and acting, personal triumphs and tragedies, and mysteries yet to be unraveled â€“ is still fodder for media hounds and fans across the globe even today.

1) Tupac would have made peace with all of his enemies had he lived to 40. He was already doing this with groups in the east like Duck Down and Busta Rhymes, and he even reportedly made peace with Nas before he was gunned down in Vegas.

2) Perhaps, Tupac would have returned to his East Coast origins and aligned with Nas and one of the Marley sons to form a supergroup.

3) There was strong evidence that ‘Pac was going to move into some form of community activism had he lived.

4) â€˜Pac probably would have started a revolution somewhere.

5) Tupac would have been a strong advocate for education equality, specifically targeting kids growing up in the inner city, as he understood the advantages of being in the know.

6) Tupac would have started a foundation geared towards drug rehabilitation, ex-offender reentry, and/or fatherhood given his experience growing up with a drug-addicted mother and absent father. He understood the implication on children and the overall family unit. Tupac loved the kids!

7) He would have received an NAACP Award or Nobel Peace Prize for having contributed to stop the violence campaigns across urban areas of the United States.

8) Tupac would have fully revived the Black Panther movement with the Thug Life movement, and they would have made social progress with respect to bettering race relations through understanding all cultures.

9) Tupac would have made a life-changing, international pilgrimage, returning after his experiences to record some of his best work ever and then retire.

10) Tupac would have lobbied on Capitol Hill for civil rights for ex-felons. Heck, why shouldnâ€™t ex-cons carry guns?

11) Tupac would have endorsed a push for arts education funding for schools that are missing it, and boy dancers would still be cool.

12) While he once rapped “I Get Around,” ‘Pac would have undoubtedly settled down with a wife and a family had he lived. He was engaged to Quincy Jones’ daughter Kidada.

13) Tupac would have no less than two kids by now and be looking to give up the “Thug Life” at around 40.

14) OR, Tupac would have never married.

15) He would have definitely left Death Row Records, and probably the record industry period, to pursue entertainment in Hollywood as an actor. There’s great evidence that he could have even worked with his old friend Jada Pinkett.

16) Tupac would have released a catalog of over 1,000 original songs by his 40th birthday â€“ sealing his place as the hardest working, â€œMost Recorded Rapperâ€ in Hip-Hop history.

17) â€˜Pac would have denounced most new school representations of his image or music â€“ such as Soulja Boy in â€œJuiceâ€ and â€œTupac Backâ€ by Meek Mill.

18) Conversely, Tupac would still be willing to get in the studio with todayâ€™s progressive MCs who rose after himâ€¦like Lupe Fiasco, Kanye West, Killer Mike, J Cole, and the likes of Young Jeezy, who rep a different side of the streets.

19) Tupac would have started his own label to further develop the talent he surrounded himself with once he decided to put the mic down (if he ever would have done such a thing, considering Jay-Z is still running things at age 41).
20) He would have recorded a collaboration album with Notorious B.I.G., produced almost entirely by Dr. Dre and DJ Premier. Diddy would have tried to get an Exec. Producer credit (mostly wishful thinking).

21) â€˜Pac’s new beefs would have been Will Smith (because of Jada), 50 Cent (just because 50 would have dissed him first), and The Game since he wouldn’t have gotten the attention from Dr. Dre. Game would subsequently start a West Coast beef with â€˜Pac.

22) He would have developed The Outlawz as a bigger group and found three more artists or groups similar to the likes of Jay-Z/Kanye. He definitely would have ushered in a crop of new artists.

23) Tupac would have released a collaborative album featuring all West Coast legends, including but not limited to Snoop, Dre, DPG, Nate Dogg, E-40, and Warren G etc.

24) Tupac would have outsold and surpassed your friendly mogul/rapper on the Forbes list, and most of them wouldn’t be nearly as huge as he is now.

25) He would have had the biggest world tour in the Hip-Hop industry. With his catalog in music and still being in the Top Five Selling Rappers of All Time, he would have been doing world tours bigger than Eminem and Jay-Z.

26) Tupac would have started producing music. And he would have kept a harder sound going in rap these days. Dudes are soft nowadays compared to â€˜Pac.

27) He would have been the originator of “artists with a clothing line” (pre-Roc-A-Wear, Play Clothes, Sean John, etc.).

28) Tupac might have even created a line of fashionable, non-gang colored headband/jersey combinations.

29) Tupac would have created a special school in Baltimore for pregnant teens a la â€œBrendaâ€™s Got a Baby.â€

30) Tupac would have been great, old comrades with Biggie â€“ who quite possibly would have still lived if Tupac had never been shot that first time.

31) OR, Tupac would’ve helped to solve Biggie’s murder considering they were not actually intertwined with each other. We mustn’t forget, they were friends before enemies.

32) He would have tamed his wild tongue by now, accepting several offers to speak in university classrooms and on panels with O.G.â€™s like Cornel West.

33) Tupac would have run for some governmental office. He was a wordsmith with a conscience and ultimately wanted to help his community thrive. Shoot â€“ he would have been no worse than some of these scandalous dudes in office today.

34) Tupac would have had a political show. He was very politically savvy and had the platform to speak to the current politic environment and its impact on the common man. Maybe he would’ve beat Bill O’Reilly to the punch with â€œThe Shakur Factor.â€

35) He would have starred in countless films â€“ likely written, and directed some as well…possibly even been nominated for an Oscar, whether it be for acting, writing, directing, or creating original music scores.
36) Tupac would have received an Oscar for his role in a Hip-Hop inspired movie similar to â€œGet Rich or Die Trying,â€ â€œ8 Mile ,â€ and â€œHustle and Flow.â€

37) He would have become a consistent NY Times Bestselling author (novels, poetry, autobiography).

38) As an example, â€˜Pac would have finished his first book. The nature of it would have been autobiographical, and it would go into all the details of his split from Death Row, his mysterious persona, and his beef with Biggie.

39) Tupac would have partial ownership of an NBA or NFL team, and if it was an NFL team, L.A. would have a football team again.

40) Tupac would likely have gone to jail again or have been arrested. Weâ€™re thinking the IRS would have come after him, too. He was too volatile a character at times and too polarizing to have not gotten into more trouble.