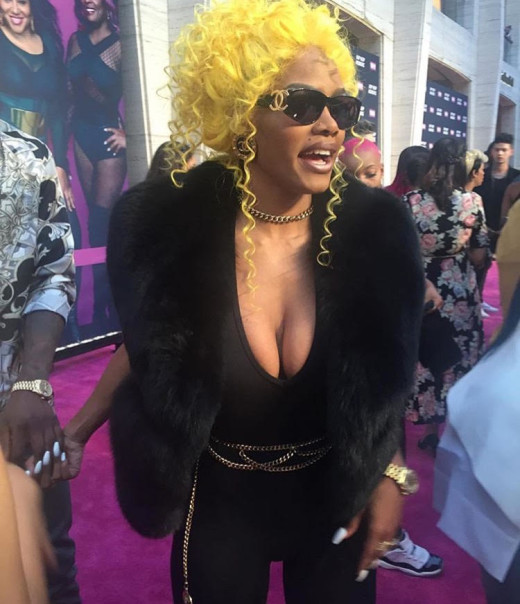 Today is none other than the most talented and respected female in the rap game up until the day, Lil Kim! Yes, the lovely Lil Kim is celebrating her birthday today and many people again all over social media have been acknowledging her. In fact, Teyana Taylor is doing a tribute to her with her finacé Iman Shumpert tonight! 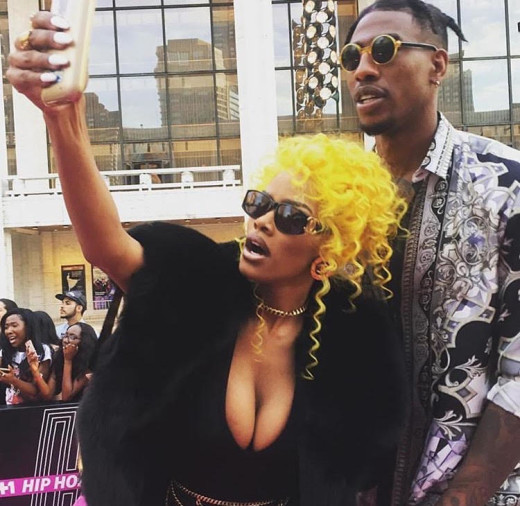 Everyone should be tuned in to the VH1 Hip Hop Honors  tonight because I have no doubt that the performances will be phenomenal. Teyana and Iman even stepped into The ShadeRoom before the performance to let everyone know that they are more than excited to be there. Teyana was spotted wearing an all black bodysuit with a hot yellow curly wig and over dramatic circular sunglasses. It was obvious from the attire that those two were very happy to share this special moment with the Queen! 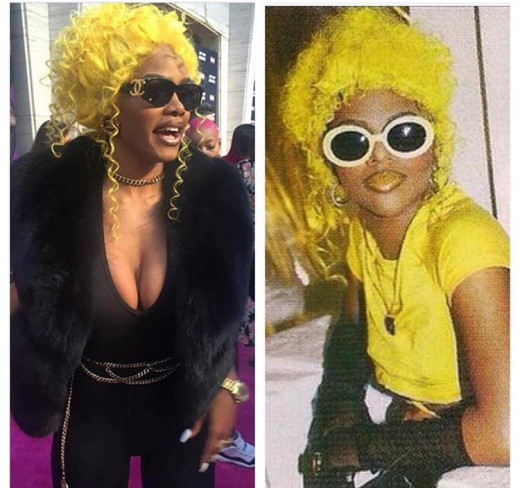 Speaking of performances, can you all name one of your favorite Lil Kim songs? Which one do you think Teyana will sing tonight? Will Iman Shumpert play Biggie on stage too? So many questions that need answers. I hope you all are staying tuned in!

P.S. Who knew that one of the greatest and influential women in the game would share a birthday with me!?

I’m honored and I love you Lil Kim!!