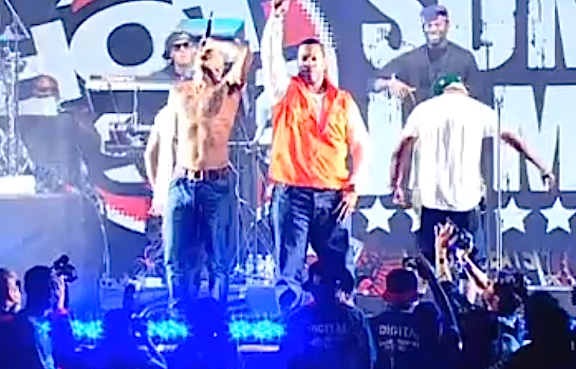 The day after headlining Bamboozle (May 2), Lil Wayne is announced as one of the artists to perform at Hot 97’s “Summer Jam 2011,” presented by Boost Mobile.Aside from Weezy, the line up includes: Drake, Birdman, Young Money, Chris Brown, Dipset, Rick Ross, Fabolous, Wiz Khalifa, Waka Flocka, Lloyd Banks and friends.

Banks ran through his first solo Summer Jam set by bringing Lloyd and Jeremih to the stage. Things got hyped though when he summoned Fab, R. Les and Swizzy for his posse cut. Where are you Yeezy?

During Hot 97â€²s Summer Jam last night, Khaledâ€™s summer anthem was performed for the first time in its entirety. Sounds just as good live and luckily MikeyFresh was there to record it.