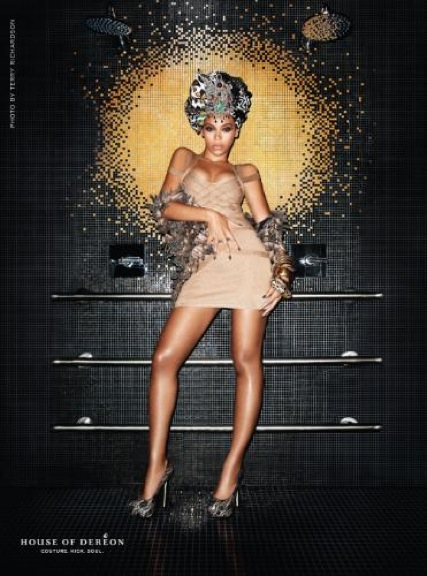 The House of Dereon, a clothing line by Beyonce and her mother Tina Knowles, is gearing up for their fall advertising blitz. The ad will feature none other than Beyonce. The photos were shot in New York City by photographer Terry Richardson. The picture features B wearing form-fitting cocktail dress and a headwrap and with her hand on her stomach. I don’t think that’s a coincidence, in fact it’s a great marketing scheme, as BeyoncÃ© broke records when she announced she was pregnant (see here)

Beyonce is set to drop a number of videos from ‘4’ and I’m sure will be relaxing during her pregnancy…or maybe not.

Dej Loaf hosted an intimate birthday celebration for friends and family at a private location in Atlanta on April 8th, 2021. Some celebs were in...
Read more
Fashion

[youtube https://www.youtube.com/watch?v=zRacGo6us_Q] Step behind the scenes of the tennis superstar’s latest S by Serena collection. Watch Serena Williams get ready alongside Caroline Wozniacki as they...
Read more
Celebrity Children