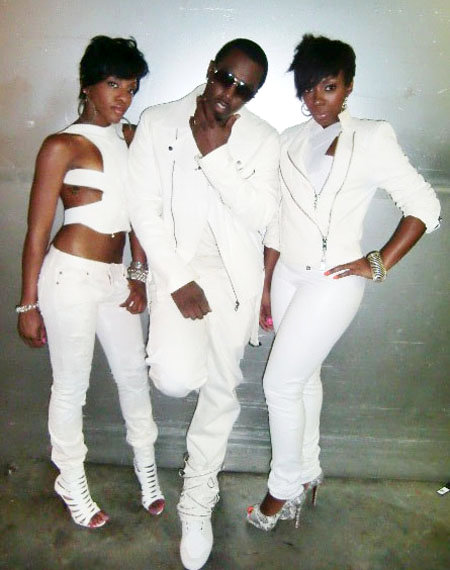 After much anticipation for this last train to leave the station, Diddy’s new album, Last Train To Paris, is slated for release on 12-14-2010. This album is the upcoming fifth studio album by Diddy and is scheduled to be released on Bad Boy Records and Interscope Records. In April 2009, with Dawn Richard of Danity Kane and singer Kalenna Harper, Diddy formed the group Dirty Money, which will perform on this album. In a tweet on yesterday, @IamDiddy stated:

Diddy describes Last Train to Paris as an “electro-hip-hop-soul funk” album. Diddy says the sound of this album was influenced “by being in the dance music world and doing stuff with Felix da Housecat, Erick Morillo, Deep Dish, DJ Hell and being in Ibiza and DC10. The arc will follow Diddy’s character as he tours from London to Paris and finds the woman of his dreams – only to lose her, find her, lose her again and find her a final time.

In other news, this week Diddy appeared on the Late Show with David Letterman and discussed the topic of Brett Favre allegedly sending pictures of his privates to Jenn Stager, former Daily Line reporter. Diddy revealed that he too is a “sexter” and calls it art that has been around since the beginning of mobile devices. Diddy breaks it down for Dave saying the mistake is when you send the picture with your head, you have to do headless sexting and keep things spicy. Dave’s concern was how do you capture the angle, and of course DIddy had an asnwer, “On these new Blackberrys there’s a certain angle… It gives you such an increase in size and width that after you take the picture, you can’t help but to send it to a loved one. Lol at Diddy.