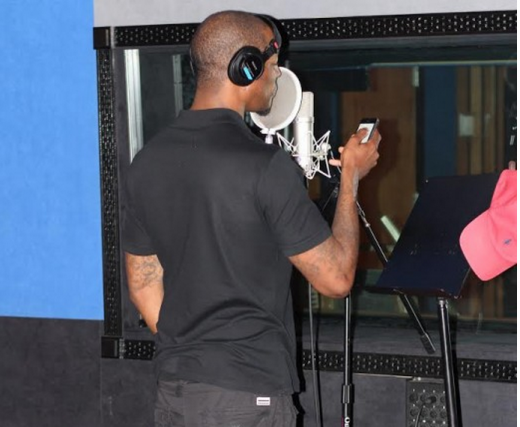 Hefe Wine (producer) was in a relationship with Iggy Azalea whom “he met on her 18th birthday” before he and her began doing any type of music together. One week after they met Iggy moved in with Hefe Wine. (side note –  Iggy ain’t waste no time did ya girl?) After living together for a period of time in Houston “Iggy” was persistent with Hefe Wine about moving forward on her music career. Once Hefe Wine “producer” saw that Iggy was serious about wanting to be a rap artist they went into his home studio and they began working on one of her first recorded projects. (Iggy also worked with another producer in TEXAS as well).  This information alone would refute the statement made in the lawsuit that she owned 100% of her music “She didn’t write or produce”.  “The Houston producer Wine taught Azalea how to rap. He wrote all of her lyrics and began the first lesson showing Iggy how to rap two lines at a time. The songs he had previously on iTunes she illegally had taken down by the label were 95% written by Hefe Wine and produced by him and other producers. Hefe Wine refuses to stay silent anymore in regards to Iggy Azalea and her trifling ways purely out of disgust for her disrespectfulness toward all his early endeavors, teaching, and guidance which helped her evolve into the artist she has become today. She came to the states seeking assistance with her music career. Producers in Texas who jointly worked with Hefe Wine put so much energy into her career while she and her mom utilized their connections and talents to the max as her mom (while in Australia) was constantly trying to find ways to  obtain US citizenship for Azalea.

So wait! Iggy Azalea and her team filed a lawsuit against Hefe Wine to get him to pump his brakes in hopes of stopping him from profiting off any music he possessed with her on it. She probably was trying to stop him from putting out the music he spoke of in his interviews that would “Shock the world”. Wait! If Iggy Azalea lives in California and Hefe Wines lives in Texas, how the heck does she file a lawsuit in California? #Lawyer101 #EpicFail Somebody didn’t do their homework. Iggy are you not hiring a legal team that knows this lawsuit will get thrown out based on jurisdiction alone? Ummmm hello #Newsflash from #BloggerWorld “wouldn’t you have to prove that Hefe Wine resides in California or has a company in California to sue him in California if he does not live there? Duhhhh!

Moving on to Point #2 _ So are you not the same Iggy Azalea who said you didn’t know who this cat Hefe Wine is? Only to state in your lawsuit he was an ex-boyfriend who you lived with? Wait, so you live in Texas together and then you said you moved to Atlanta and he followed you? So you let him move in with you? Sort of like he let you move in with him in Texas. Iggy this doesn’t sound like someone you barely know or short term fling. Flings don’t go moving from state to state in with each other. So basically the alleged music you accusing “Hefe Wine” of stealing from your computer in your lawsuit “You Didn’t Write Any Of Your Songs and Hefe and some other producer produced the music” but you owned 100% of “Your Music” you didn’t create? Interesting. Not even close enough to earn the cigar on this one Iggy. What else you got?

HEFE WINE FILED FOR DIVORCE FROM IGGY AZALEA We learned from TMZ that Hefe Wine filed for Divorce last week. However Iggy denies the marriage . Of course she does. Isn’t this the same Iggy that denied knowing Hefe, claims he stole music she didn’t write or create and now you want us to believe Hefe Wine is the liar? I can’t with this chick and her stories. Let me see what my fellow blogger friends are saying about this. Celebrity Gossip reminds us:

The former couple has been in the public eye recently, due to the dispute over the music Iggy wrote while they were together and.

If a judge would to recognize their marriage, Wine would be entitled to half of everything accumulated during that time!

Iggy recently filed a lawsuit against Hefe, accusing him of illegally downloading the entire content of her personal computer while they were living together in Atlanta, Georgia in 2009.

However, she didn’t make any mention of the alleged sex tape, which has also been catching the public’s attention, in court documents.

The “Fancy” rapper is denying the existence of a sex tape, which Wine has reportedly tried to sell for a huge sum.

Azalea first denied she featured in a sex tape, but later insisted that if it did feature her, it was most likely shot while she was “under-age and unaware filming was taking place.”

According to a legal document, the curvaceous artist signed an agreement with Wine in 2009 which gave him rights to “manufacture, sell, distribute and advertise any recording embodying visual images.”

Looks like Iggy Azalea got some explaining to do!

In the meantime Hefe Wine wants the world to know she is a beautiful liar: