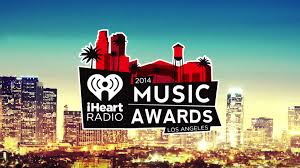 iHeartRadio brodcasted its first music awards show tonight! Some of the biggest names came together tonight to rock the house and accept awards. Find out who performed and took home the awards!

The big event was held in the beautiful city of Los Angeles, which also happened to be the topic of discussion. Not only was this a night to honor entertainers, but there were moments throughout the award show where we were given the opportunity to have a small glimpse into various artists’ lives, and hear their story about trying to make it in L.A. A great scene where we could hear the artists’ stories was during 30 Seconds to Mars performance of their hit, “City of Angels.”

I think everyone can agree that one of the biggest performances came from a group of dancers and Usher when they introduced and danced to the late King of Pop’s, “Love Never Felt So Good.” Michael Jackson is a talent that is truly missed and like always, it is nice to see Usher glide across the stage to his idol’s music. 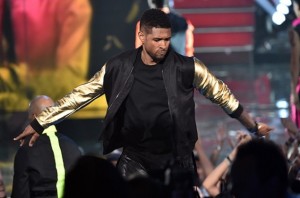 More performances included Pitbull, Ariana Grande,  and Kendrick Lamar, who paid homage to his home city, Compton, and to all the California greats that came before him. Pharrell performed various hits from his latest albums and later, received the “iHeart Radio’s Innovator Award.” After announcing that he was the winner, a clip plays with Oprah, Shakira, Usher, Lady Gaga, and many more discussing how his style of music has impacted the industry.

Comment below about what was your favorite moment of the evening!