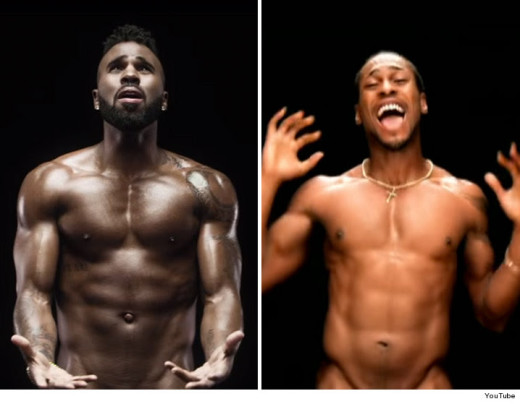 R&B singer Jason Derulo wants everyone to know that he was not trying to bite r&b legend D’Angelo’s style in “How Does it Feel” in his new video “Naked“.

It looks like a tribute to the 90’s anthem that had you fast tailed girls hoping the camera would fall. I remember sitting in the dorm listening to yall talk about man that camera could go lower… I remember yall looking at that video. LOL

Singer Jason Derulo wants everyone to know he was not copying or biting D’Angelo’s style he was paying homage to the R&B legend in his new music video. D’Angelo had all of the girls lusting in the early 2000’s when he showcased his physique in his iconic video “How Does it Feel“.  Check it out below.

Jason Derulo promises he meant no shade but wanted to pay tribute to the singer by recreating his own lustful look for his video “Naked“. Check it out below.

After looking at both videos objectively it looks like Jason Durelo was attempting to give a dope  tribute to the 90’s jam. What do you think?
Let me know in the comments below.