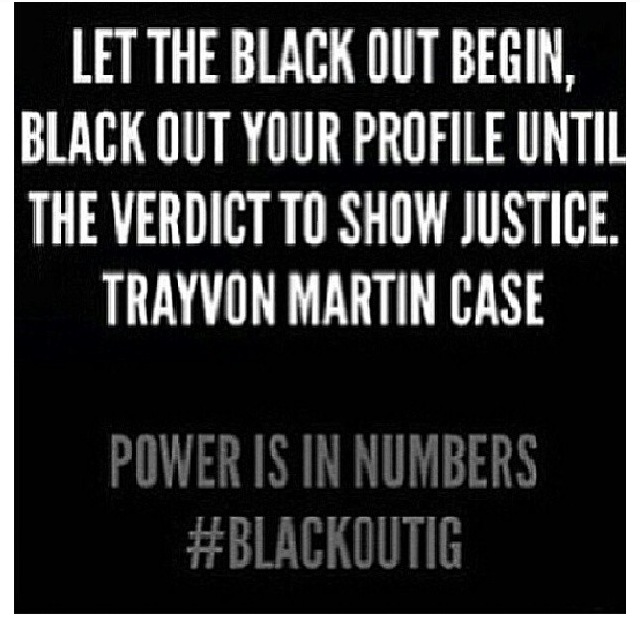 In what is being called #BLACKOUTG, many celebrities including Kevin Hart, Meek Mill, Megan Good have joined in with other Instagrammers all over the world to show support for 17-year-old Trayvon Martin who was killed last year because of racial profiling in Sanford, Florida.

As the defense team presented its final argument yesterday, today the jury could begin deliberations in the case against George Zimmerman who is on trial for murdering 17-year-old Trayvon Martin.

Check out the pictures below from Kevin Hart, Meek Mill, Megan Good and other celebrities who are supporting the #BLACKOUTIG movement: 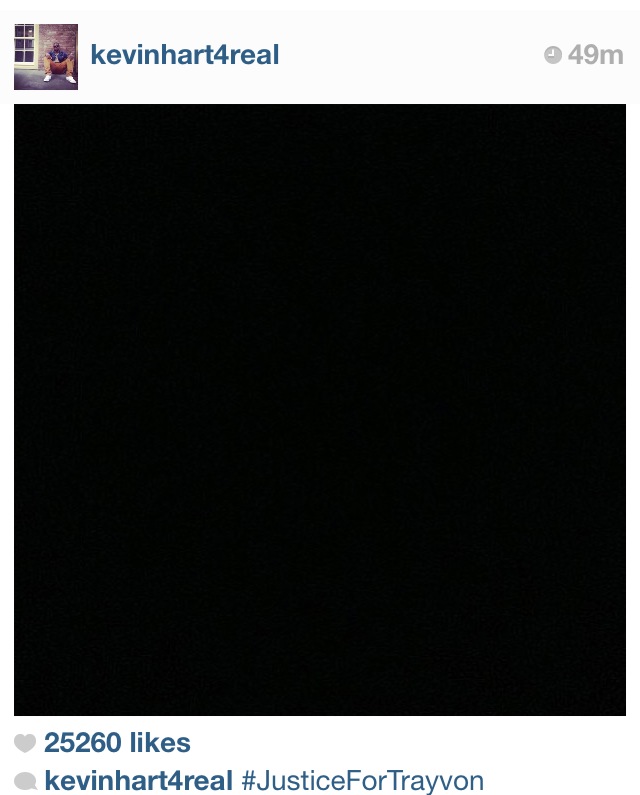 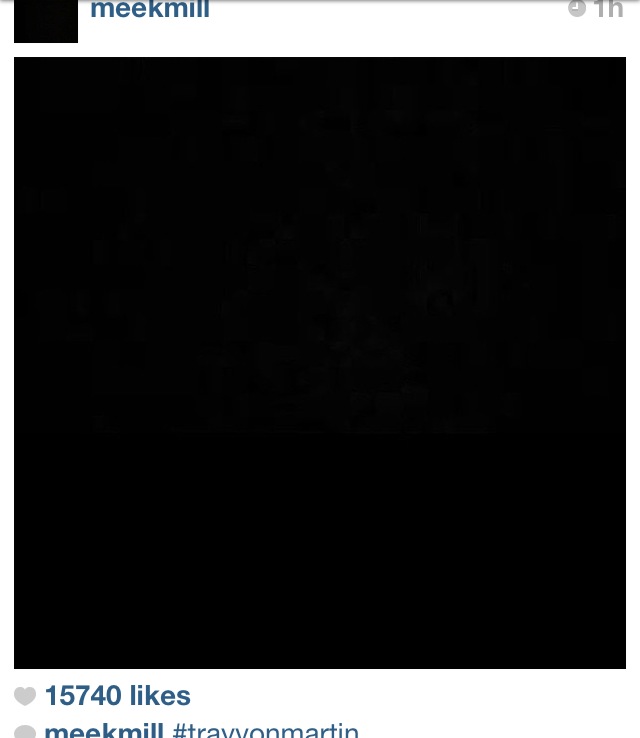 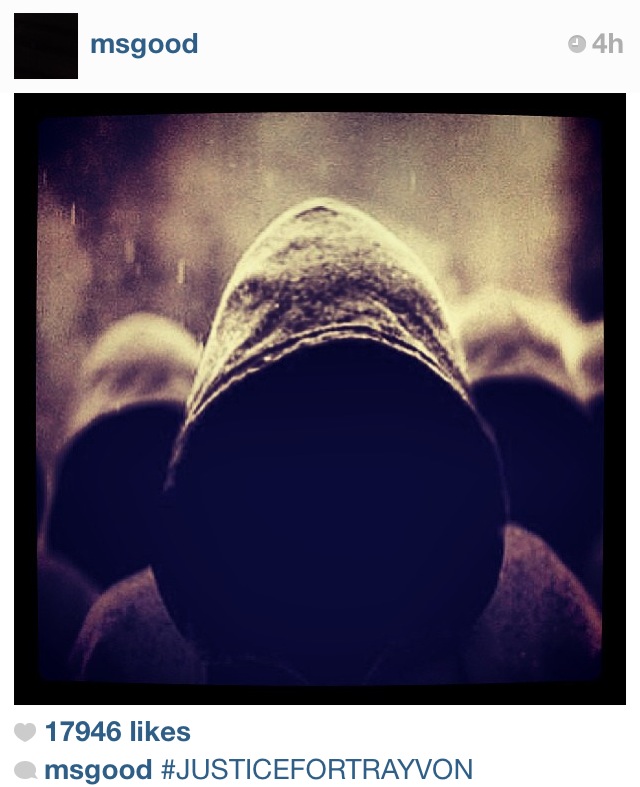 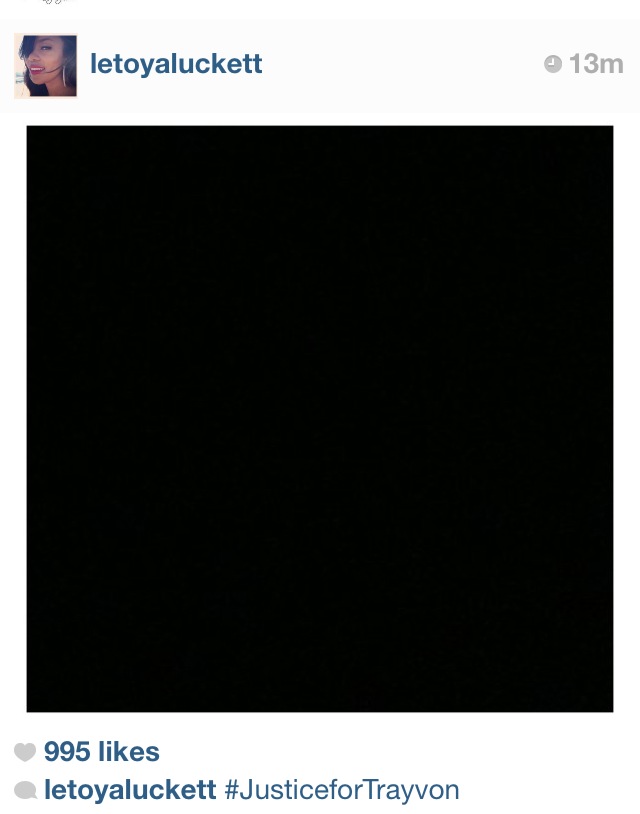 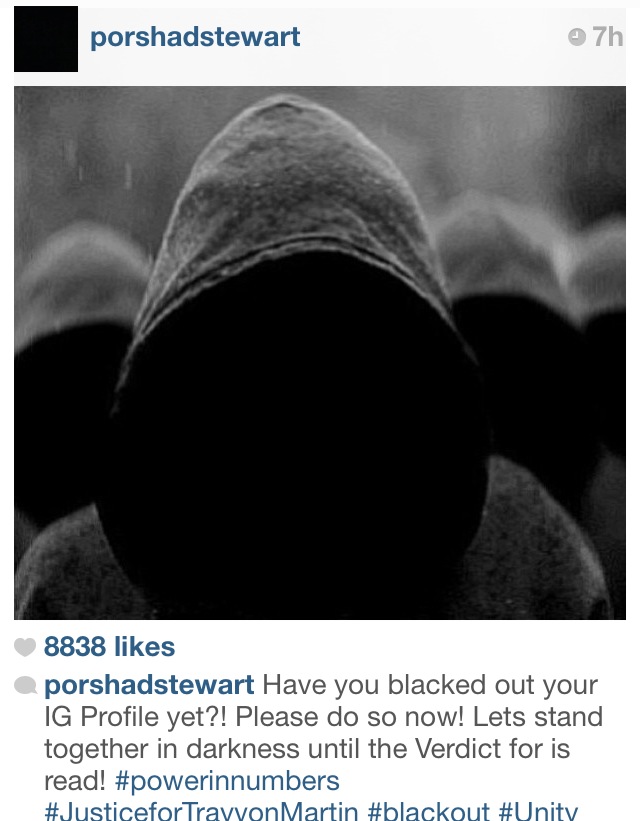 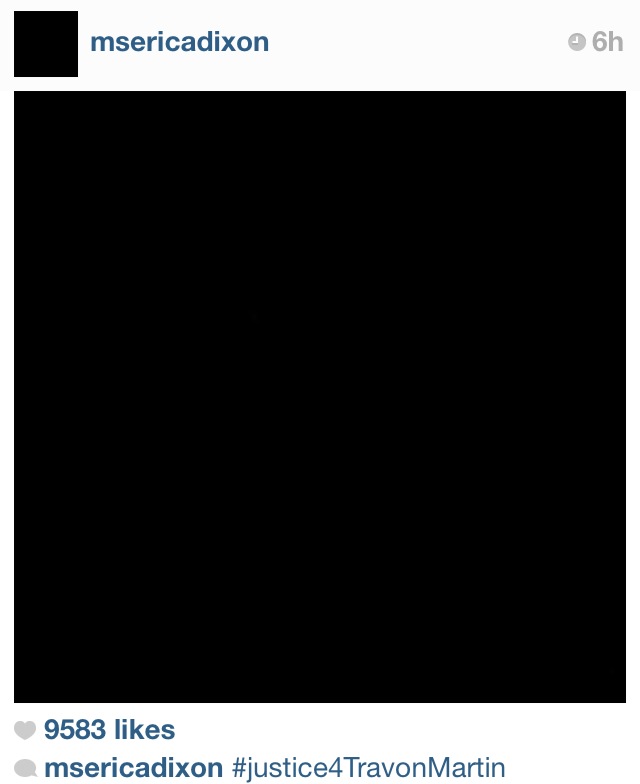 What are your thoughts on the #BLACKOUTIG movement? Will you be taking down your pic on Instagram or “blacking out” your pic on another social media network to show your support? Let us know your thoughts in the comments below.