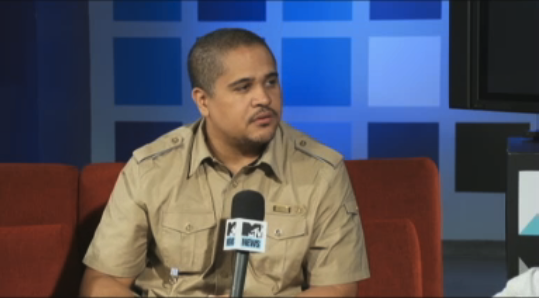 Def Jam record labelÂ has been the home to hip hop’s greatest acts including some who even pioneered rap. Icons including LL Cool J, DMX, Jay-Z, and RUN DMC have made there way through the Def Jam doors and paved a way for other artist to make their dreams come true. The record label has been experiencing financial decline in sales and tough times when label executive Shakir Stewart Â killed himself back in 2008. Irv Gotti, former Def Jam exec, believes he is the”best man” to lead the struggling company and put them back on top.

Gotti is no stranger to running a label and creating stars, he is responsible for the Murder Inc record label which produced stars such as JaRule, Ashanti, and R&B crooner Lloyd. Gotti recently sat with MTV to discuss why he wanted to be the next Def jam president and the lack of leadership he has seen in the industry. Gotti has been mentioned as one of the leading candidates to fill Def Jam’s still vacant president position, and he said he’s throwing his hat in the ring because of his strong connection and love to music, hip hop and Def Jam.

Irv says the record label has been struggling ever since Jay Z stepped down from being President in 2008. He believes that Shakir Stewart was doing a great job but did not hesitate to show his dislike for former Def Jam Chairman L.A. Reid who he feels is not hip hop enough.

Irv said he’s worried that the leadership vacuum could lead to the death of the legendary label. “This is helping our lives. This is a culture that is deep for us. You can’t let it die, and if you let Def Jam die, you’re gonna let a bit of the culture die,” Gotti said. “And the fact that you ain’t got no one up there leading the army and ain’t had nobody â€” you just let the artists come up there, give you a record and you put it out. That’s not what Def Jam is about.”

Do you think Irv Gotti can save Def Jam?