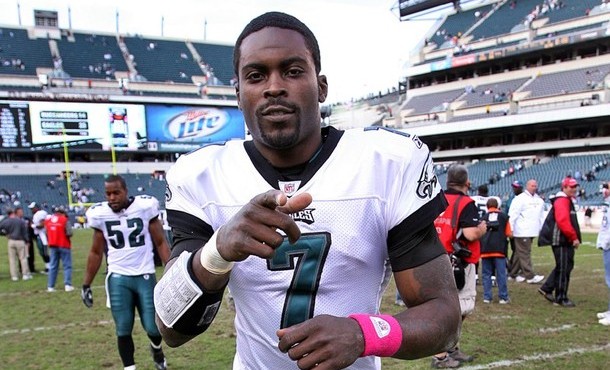 The Eagles issued a statement Saturday saying â€œany report or speculation that suggests the Eagles are considering releasing Vick are not true. We will continue to gather information and monitor the situation and we will not have any further comment until that process is complete.â€ Vick has said he had nothing to do with the shooting. He also said he reported the incident to the Eagles and to the NFL. Commissioner Roger Goodell told the former Atlanta Falcons star after reinstating him last season that his margin for error was â€œextremely limited.â€
Vick is entering his second season with the Eagles and is due to earn $5.2 million. A three-time Pro Bowl pick, Vick is Kevin Kolbâ€™s backup and the most experienced quarterback on the roster following the trade of Donovan McNabb.
Hopefully this source is incorrect and Mike can keep his job.