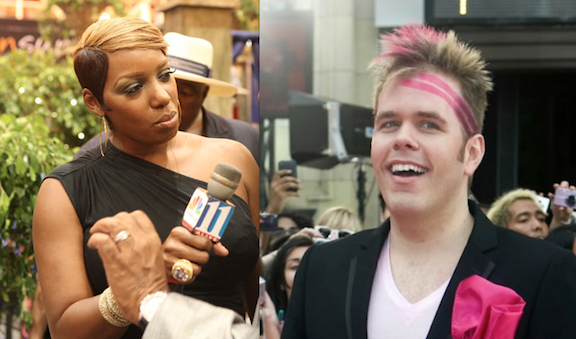 â€œShe was encouraged when she did some slots with local television stations in Atlanta and she thinks that she has what it takes to be the next Oprah or Wendy Williams,â€ a source said. â€œIronically, NeNe does not really like Wendy Williams but she respects what she has done and she believes that she can be even more successful than she has been.â€

â€œNeNe really wants to brand herself with her own clothing, make-up and hair products lines, and she is confident she can pull it off. And with Oprahâ€™s show coming off the air soon she believes the time is right for a new black female talk show host too.â€

We all know she is the queen of controversy but can sheÂ pull of beingÂ the new queen of daytime talk?