It will be Snowing in July!!! 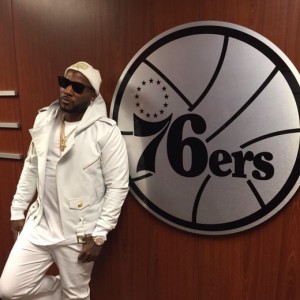 It has been hot in Atlanta,GA with temperatures peaking at 94 degrees but on Saturday, July 25 at the Fox Theater it will be snowing in Atlanta as Young Jeezy graces the stage to celebrate the tenth anniversary of his album Let’s Get It:Thug Motivation 101! It is amazing how time flies, since the release of TM101 in 2005 Young Jeezy has released four studio albums to include The Recession and his recent body of work, Seen It All.

Let’s Get It: Thug Motivation 101 was released on July 26,2005. It debuted at number two on the Billboard 200 with 172,000 sold in the first week of release. In 2006 this same album was certified platinum by the Recording Industry Association of America (RIAA). Songs to remember from this album include: “Standing Ovation”, “And Then What”, “Go Crazy”, “Trap Star”, “Soul Survivor” & “Air Forces”. This album also was number one on both Billboard US Top R&B/Hip Hop & US Top Rap Albums Charts in 2005.

Tickets are already on sale now at www.foxatltix.com and the Fox Theatre box office. This monumental collage of memorable tracks from Young Jeezy will be a refreshing glimpse at Young Jeezy’s thug motivation.