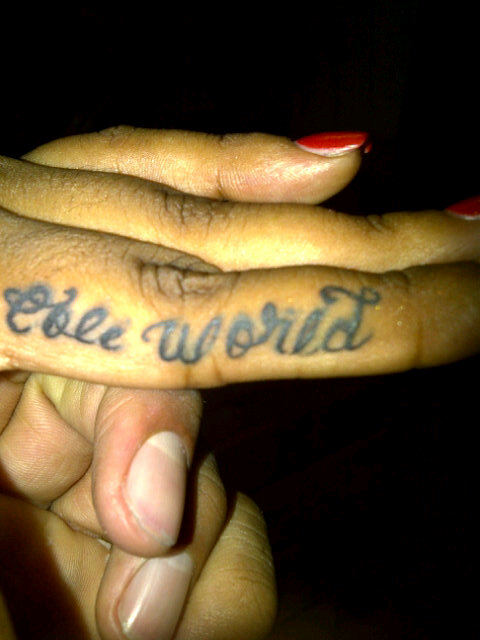 Does J. Cole have a boo we don’t know about? The rapper tweeted a picture of a female’s hand that had what looks to be her index finger tatted with the saying “Cole World”. Interestingly enough, along with the picture that rapper tweeted “So I know it’s real”. Is he talking about he knows that his fans are serious about him or the love he may have with some chick?

I wonder if it’s some type of romantic relationship because it’s obvious that it’s a male hand propping the female hand up in the picture.Â  As of now, I’m not quite sure about what exactly he’s mentioning. However, I’m sure he will begin to get a ton of direct messages and mentions on Twitter that will probably prompt him to answer the question because I know I’m not alone in wondering about this situation.

What are your thoughts on the above picture? A really dedicated fan or a mysterious boo that we don’t know about?