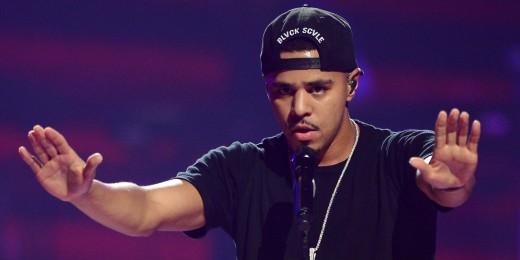 Earlier today audio from J. Cole’s upcoming release 2014 Forest Hills Drive leaked onto the web in the form of a track by the name of Fire Squad in which he takes a couple shots at white America appropriating black culture, hip hop in particular. Click more to see what he had to say.

“History repeats itself and thats just how it goes
Same way that these rappers always bite each others flows
Same thing that my nigga Elvis did with Rock n Roll
Justin Timberlake, Eminem, and then Macklemore
While silly niggas argue over who gone snatch the crown
Look around my nigga white people have snatched the sound
This year I’ll prolly go to the awards dappered down
Watch Iggy win a Grammy as I try to crack a smile”

There is much truth in what he’s saying but you always have to wonder if it’s smart to take shots at the powerhouses like that. It wasn’t so much as a diss as it was commentary on the state of the hip hop landscape.