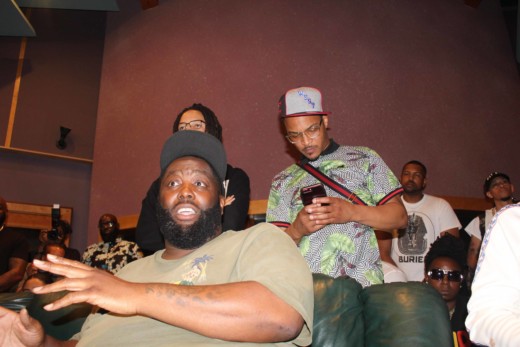 The crowd was so quiet you could hear a pin drop while everyone was listening to exerts from J. Prince self narrative audio books version of the book. Drake also wrote the forward.  Once Julia Beverly opened up the floor for audience questions J. Prince gave permission for anyone to ask whatever questions they wanted to know including info regarding the Drake and Pusha T situation. Immediately the question was asked. “why was it important for you to advise Drake not to respond to Pusha T’s diss?” Mr. James Prince said the following

I took in account where Drake’s character is concerned. For Drake to have to take on a Pig Pen mentality; which I call it a pig pen mentality because some ish you have to go through the mud in order to deal with.That ain’t him and I didn’t want it to become him. Bad grievance that I had access to would damage Kanye beyond repair. It was going to cripple Pusha and It was going to be a tear down situation. I don’t think we need  to be in situations where we trying to tear each other’s livelihood.  It wasn’t that deep of entertainment to me where it was worth sitting back allowing the animosity, the hate to fertilize and the next thing you know you gonna have to be dealing with something a little deeper – a funeral. When you have the gift of seeing these things before they take place you have to have enough guts or nuts to deal with it. Let’s not allow this to go where Pac and Biggee went.

To hear the complete video version you have to visit my you tube page. But check out some of the photos from the party .