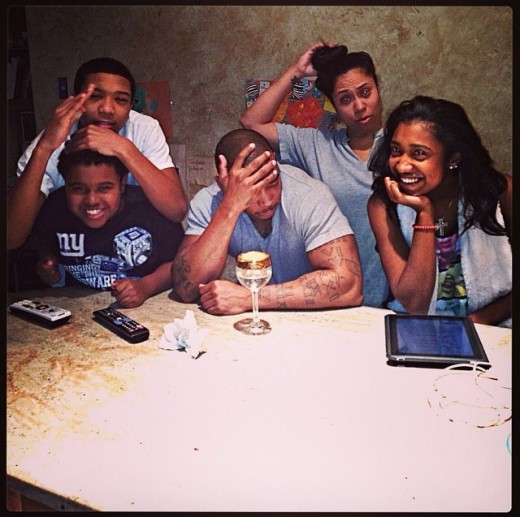 Ja Rule and his family will be staring in a new MTV reality TV show called “Follow The Rules.” It is a family-inspired docu-series, which follows the lives of the former The Inc rapper, his wife, three children, mother, and mother-in-law. The show is being executive produced by our fave Queen Latifah, rap mogul Irv Gotti, Christian Sarabia, Shakim Compere, and Ja Rule.

“Ja Rule is the modern day reality rap star version of Bill Cosby’s role from ‘The Cosby Show.’ He embraces a unique parenting style with his teenage kids that feels fresh and funny,” the president of MTV Programming, Susanne Daniels, explains. “We’re excited to be in business with him and his delightful family.”

“Family tradition will never be the same, b***h!” Ja Rule said in a press statement.

Check out the sneak peek below:

This new series looks like it will be a refreshing addition to reality TV! They had me at “The Cosby Show.” What are your thoughts on the new show? Comment below!