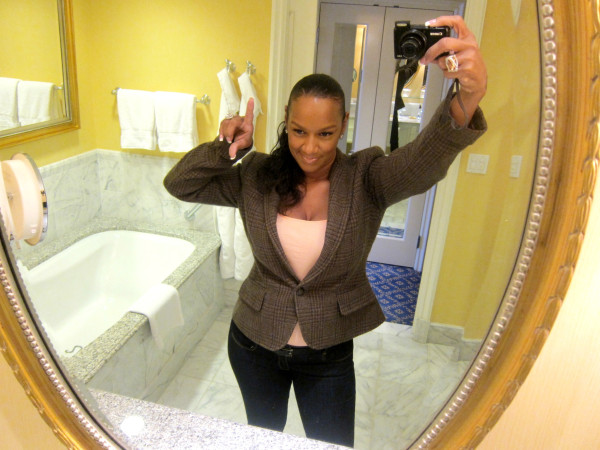 Word is that filming has started for the second season ofÂ Basketball Wives: LAÂ and one cast members is no longer on the show. TheUrbanDaily Anyone who saw the last few episodes of the show and its reunion special can guess who that is. But if youâ€™re not up for a riddle:Â Jackie Christie.

Yeah, there seems to be a revolt against the personality who drew the most attention during its first season (for reasons that invited ostracism).

Well our sources alleged thatÂ  while they are well into taping the second seasonÂ NOÂ ONEÂ wants toÂ TAPEÂ with Jackie. Because of her crazy antics last year the girls are on to her. The people who really donâ€™t like Crazy Jackie â€¦â€¦â€¦â€¦THE GOVANS. Word is that allegedly the pair of sisters cant stand her loony ass.Â OOOHH NOOO!

I guess this means Doug will have to tape more. Maybe if Ron Artest Ex-Wife would have never put those paws on Shaunie she would still be on the show to tape with delusional Jackie â€¦â€¦â€¦â€¦â€¦â€¦. 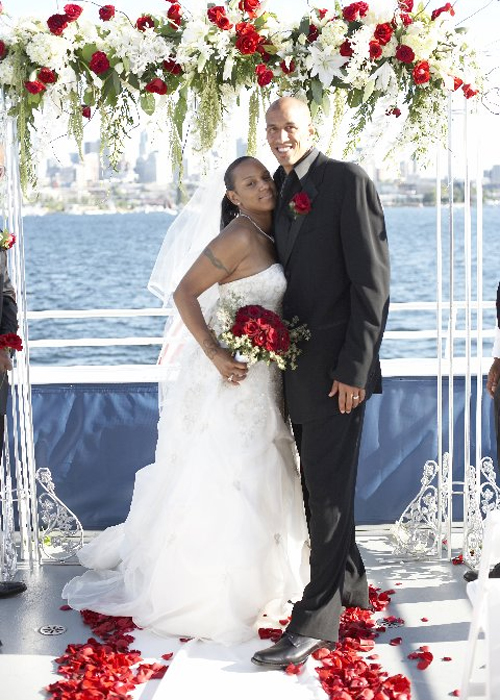 In related news, Jackie and Doug ChristieÂ renewed their vows at a gay clubÂ recently:

The Christies renewed their vows at Eleven nightclub with the NoH8 Campaign team standing by.

â€œAs life-long supporters of the gay community, Doug and I remain humbled by the overwhelming love, acceptance and friendship they have extended with open arms while treating us like family,â€ Jackie Christie said at the ceremony, according to a statement. â€œAs we celebrate 17 years of marriage, it weighs heavy on our hearts that the same love shared by many of our friends is considered â€œless thanâ€ and is not widely recognized due to antiquated laws, lack of acceptance, and misperceptions, among other discriminatory factors. Tonight was nothing less than a celebration of the recent advancements made in the fight for Marriage Equality, but also a reminder of the work that still needs to be done. Until that battle is won, Doug and I will remain soldiers on the frontlines.â€