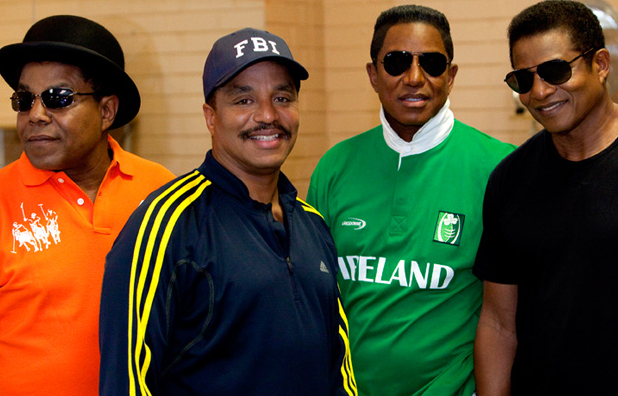 Michael Jackson’s brothers are expanding their empire. Jackie, Tito, Marlon, and Randy Jackson are launching a line of clothing. The Jacksons’ fashions will reportedly draw inspiration from their late brother Michael’s signature looks, along with the Jackson 5’s style during its 1970s heyday. Items for sale will include men’s and women’s T-shirts, eyewear, and replicas of Michael’s jackets from his “Thriller” and “Beat It” videos.
Jackie Jackson says of the collection, quote, “The jackets are incredible. They are the real thing. I didn’t really think of them as tributes to Michael in the beginning, but that’s what they are. They represent everything he stood for and everything he’s done in this industry, 100 percent.”