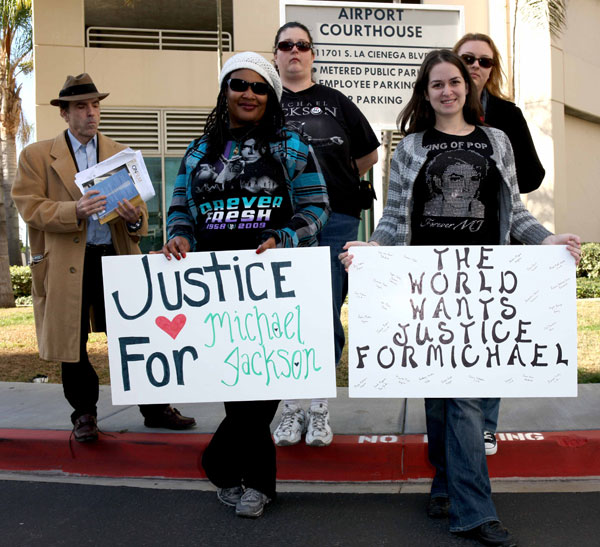 In other Michael Jackson news, the singer’s family is reportedly taking legal steps to ensure their right to take action against those who published photos of the pop star in his deceased state.Through his lawyer, Jackson’s father, Joe Jackson, has filed papers asking a court to acknowledge the Jackson family’s right to sue news outlets that published the photos. While the legal documents don’t specify which photos he intends to sue over, “Entertainment Tonight” did air a photo of Jackson in an ambulance en route to the hospital where he was later pronounced dead last June. Jackson attorney Brian Oxman is reportedly trying to get the estate court judge to allow him access to medical records to file the case.

Meantime, Jackson’s doctor, Conrad Murray, is expected to be formally charged today in connection with Jackson’s death. Murray has admitted to giving the pop star a powerful anaesthetic which authorities say contributed to Jackson’s sudden passing. Here are pictures from the court hearing today..