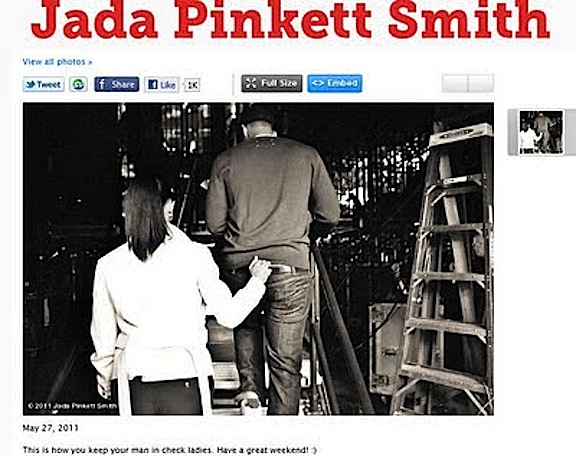 Over the Memorial day weekend the beautiful Jada Pinkett Smith decided to post up a picture of her and her husband while on set. She left a kind message at the bottom stating:

” This is how you keep you man in check” 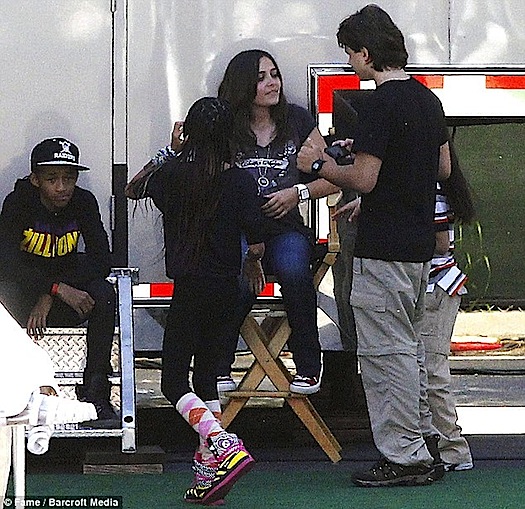 Too Cute! Aside from Jada handling the home front, the infamous Smith kids Jaden and Willow are not only hanging out with kids, but are also helping them to enjoy their childhood, and has been arranged by Jacksonâ€™s mother Katherine. Jaden and Willow didn’t just bump into Michael’s kids on a movie set in LA the other day, it was all set up by Katherine, to help nudge her grandchildren in a positive direction. 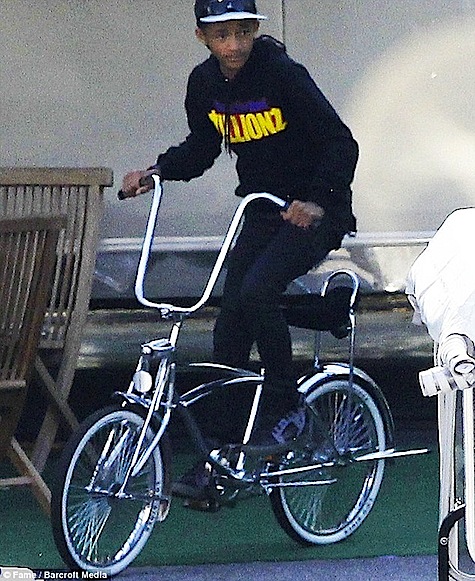 Katherine that she believes the Smith children are prime examples of young success in Hollywood, both extremely talented and down-to-earth and thinks Prince, Paris, and Blanket could learn a lot from them. Katherine also wants to surround her grandchildren with role models like Jaden and Willow so she set up the meet-and-greet… and we’re told, the kids got along like a house on fire.

Katherine is also said to be actively encouraging Michael’s kids to become involved in all kinds of activities, including acting.
Spotted@ CelebsGather RhymesWithSnitch
Spotted@ TMZ