Jada Pinkett-Smith Stands Up for Her Daughter and Defends Photo 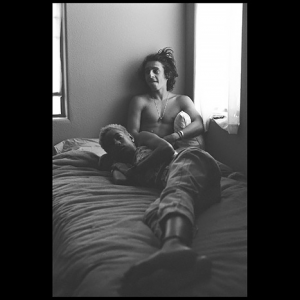 Mama bear, Jada Pinkett-Smith, defends her daughter, Willow! She’s upset about what it has turned into and will not stand for it.

Two days ago, a scandal arose when a photo circulated with 13-year old Willow Smith was lying in bed with a shirtless 20-year old named Moises Arias. At that point people began to question the two’s relationship, and the Smith’s parenting style. Since then, Arias has taken down the photo from his social media pages.

Now, Jada Pinkett-Smith usually keeps quiet about her family’s affair, but not anymore! Paparazzi caught her outside L.A.X., where she commented about the contraversial photo her daughter was in.

“Here’s the deal,” she said to paparazzi. “There is nothing sexual about that picture or that situation.”

“You guys are projecting your trash onto it,” she continued. “You’re acting like covert pedophiles and that’s not cool.”

She is not happy and that is understandable. This will teach people to mess with the Smiths!