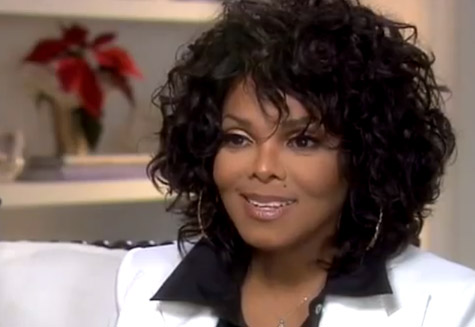 Janet Jackson is certainly no stranger to dieting, most of her weight woes have played out in the public eye. Now the iconic singer isÂ  focusing on not losing weight, but on maintaining her svelte figure. Janet stopped by ‘Good Morning America’ this morning and talked about her new gig as spokeswoman for Nutrisystem, a weight loss program that consists of healthy prepackaged meals. She also shared her feelings about the Conrad Murray Verdict and opened up about her struggle with self-esteem. Check out Janet’s interview with JuJu Chang after the cut

Even at the height of her career (rock hard abs and all) Janet was self-conscious about her body. Peep the full interview below:

Janet looks good at any size but glad to see she is promoting healthy living, Go Janet!