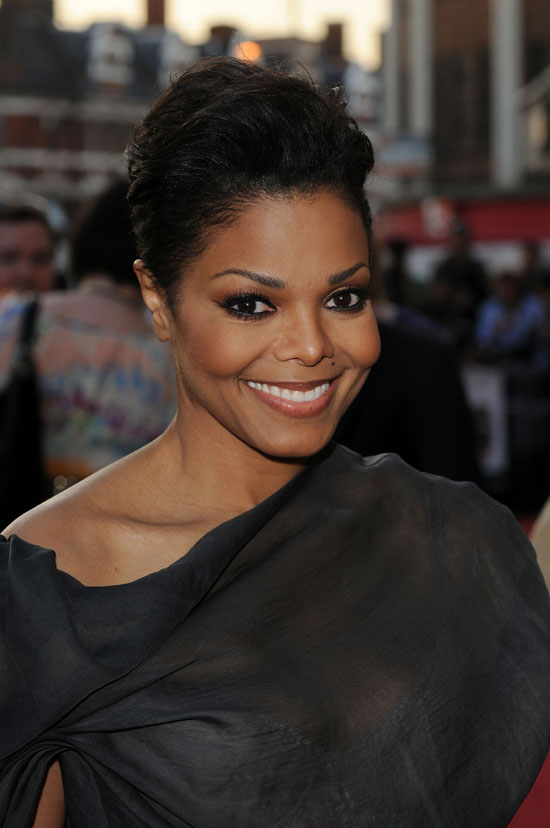 While doing Why Did I Get Married 2? promo in the UK on Monday, Janet Jackson hit “The Graham Norton Showâ€ with Tyler Perry. After watching this clip of Janet Jackson speaking about her new book( P.S. its not an autobiography)Â which talks about all the little things that got her to where she is now she tells us she has been threw a lot. She all so told us that she is am emotional Eater. In the interview she says:

Everyone has their thing,– I am an emotional eater, a lot of times people when your stress you lose your appetiteÂ and don’t eat, but I am the complete opposite.

Well that helps me feel so much better, to know that there are people just like me… Here’s the interview and some pictures from the movie premiereÂ in the UK:

I have to give it to janet she has been looking so refreshing lately, what yall think?