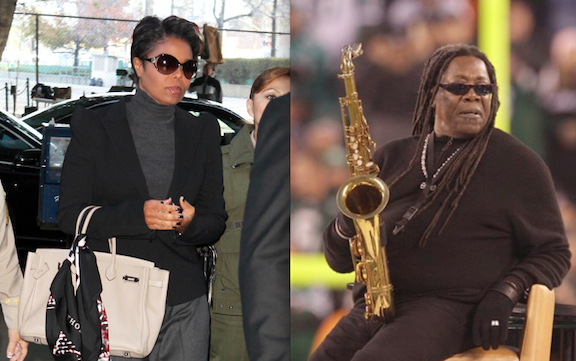 The celebs have been speaking out after the world found out over the weekend that Clarence Clemons had died. Janet Jackson is remembering the late Clemons in her tweets on Sunday calling Bruce Springsteen’s longtime saxophonist a “wonderful talent.” She went on to say that she will be keeping Clemons in her thoughts. Janet is currently traveling through Europe on her “Number Ones, Up Close and Personal Tour.” Just last week she became the first ever female pop singer to perform under the I.M. Pei glass pyramid at the Louvre Museum in Paris. Janet will be back in North America on August 1st when she performs at the Bell Centre in Montreal.

Clarence Clemons lost his life on Saturday due to complications from a stroke he suffered earlier this month. The 69-year-old had spent nearly four decades as a member of Bruce Springsteen’s E Street Band.