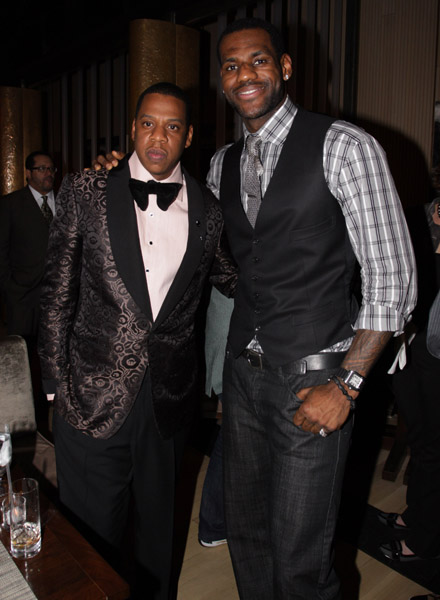 At Freddyo, we are not 100% sold on this idea, but it is being reported that Jay Z is bothered by Lebrons decision to play in Miami. After significant meetings between Jay Z, Lebron, and Jay’s Russian homey, he probably thought Bron might have been wooed into playing with the Nets. But umm, no. He wasn’t. A source close to Jay-Z allegedly told sources that Jay felt dissed by LeBron during his free agent decision, and due to his credibility and fame that has given him a larger role within the New Jersey Nets franchise than his equity stake, his value to the franchise is in question over LeBron’s decision because he is looked at for his connection and who he can bring to the team. But let’s take a closer look at this…

According to Kredible Alerts, this has to be all rumor for the reasons listed below.

Jay-Z and LeBron were together countless times during his free agent tour, partying it up, dinner, etc. Two, Jay-Z said repeatedly that he would not be the one to poach LeBron because if the decision turns out to be a bad move, then he doesn’t want to be held responsible for another mans career. Three, Jay-Z is part owner of The Nets, who paid $4.5 million for his share, so it’s not like he just waltzed in and is head honcho and calls all the shots. He has two other partners who he makes the ultimate decisions, Mikhail Prokhorov who paid $250 million for his 80% share and Bruce Ratner who was the first owner who purchase The Nets for $300 million.

So in essence, this could be all rumor…but then again, Jay has to feel a certain way about this. I mean, from a business and personal perspective. But I say to hell with…Bron going after them rings.