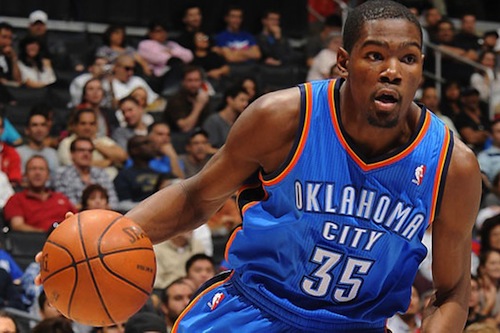 A few days ago, we reported that Jay-Z had officially become licensed as a MLB and NBA Agent and Kevin Durant had allegedly stated to his agent at the time that he was going sign with Jay-Z. We can now report that Kevin Durant is officially represented by Roc Nation Sports.

Get the full details after the break.

Roc Nation Sports also released the picture below on their website in which Durant states that he is “grateful for this opportunity with Roc Nation Sports”. A quote by Jay-Z was included on the picture that gives Durant props for his stats that he has achieved while playing for the NBA: 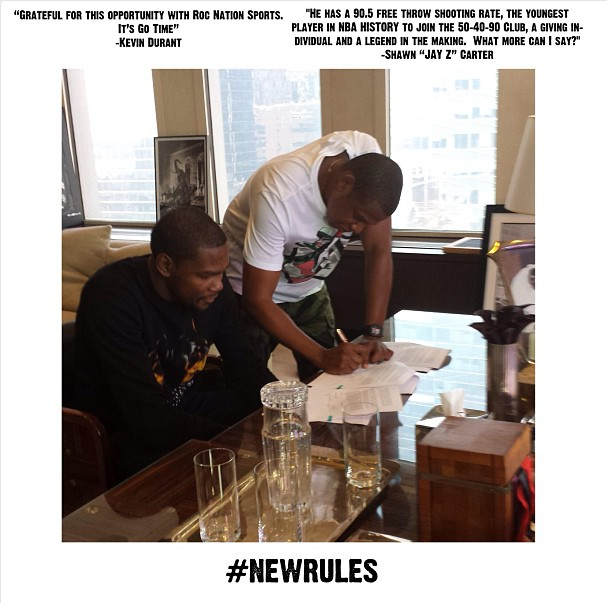 Without question, Jay-Z is a smart businessman. It is clear that Mr. Carter is setting up Roc Nation Sports to be a leading sports agency that will represent the top athletes in multiple sports. Kudos to Jay-Z for always making smart business moves.

What do you think about Kevin Durant signing to Roc Nation Sports?

Write a comment and let us know what you think.