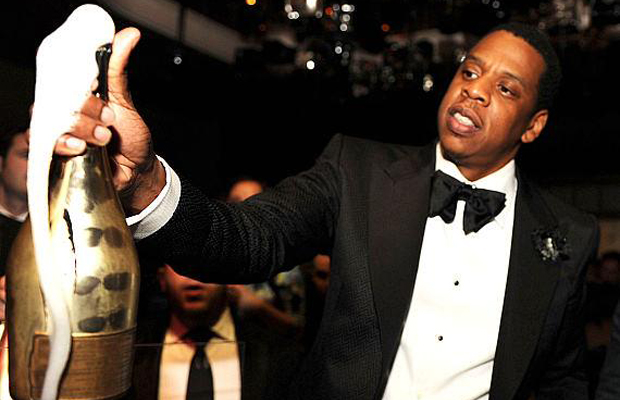 Sources are saying that Hov balled hard in Miami this past SundayÂ at the album release party for Watch The Throne. He is said to have dropped $250,000 for champagne and even threw in a $50,000 tip. It must be good to live like this when your Forbes top earner amongst other hip hop artists. We told you that Jay earned a whopping $37 million this past year so it makes sense that he would drop this kind of cash in Miami. In addition to being named Forbes top earner, he and Kanye West album Watch The Throne has broken iTunes sales records with estimated number of 290,000 downloads. This is most definitely an accomplishment for the times we’re living in now. Jay-Z showd the real definition of big pimping! What do you think of choice to spend that much money on champagne and leave such a huge tip? Showing off or just being his self with his lavish lifestyle?