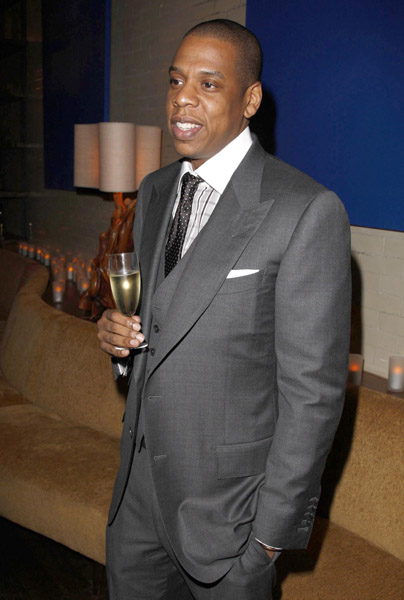 Four years ago Jay-Z issued a lyrical taunt to his fellow rappers: “What you call money, I pay more in taxes.” Turns out his line was more than just a boast. He tops the list with $63 million in earnings this year (August 16).

â€œJay-Z is in a league of his own right now,â€ Ryan Schinman, chief of Platinum Rye, the countryâ€™s largest buyer of music and talent for corporations, tells Forbes. â€œThere are very few artists of any genre, not just hip-hop, whoâ€™ve created such brands for themselves.â€

Check out who else made it in Hip-Hop’s Cash Kings 2010. Also featured areÂ Cars Of The Cash Kings, Snoop Dogg: From Gangster To Businessman, andÂ Lil Wayne And The Economics Of Doing Time!

Jay-Z, whose real name is Shawn Carter, brought in $63 million over the last 12 months, according to The Financial Bible. Hov earns more than double that of runner-up Sean â€œDiddyâ€ Combs, who brought in $30 million!!