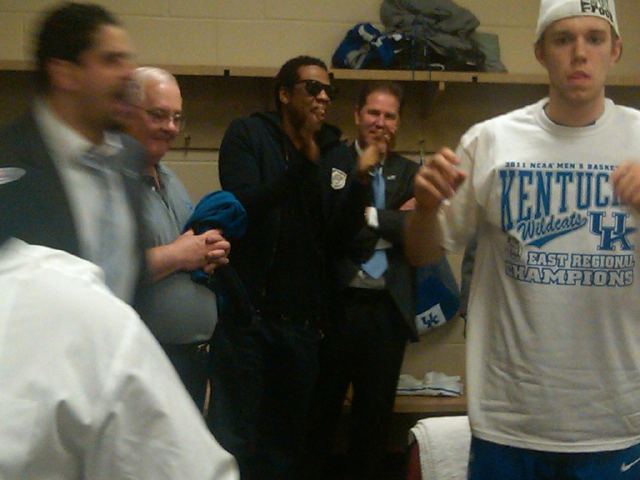 Having a rapper in the locker room generally isn’t a problem at all, but it is against NBA policy for a representative of the NBA to be there. NBA personnel are prohibited from being in contact with amateur players until they have declared for the draft.