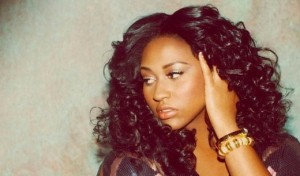 R&B songstress Jazmine Sullivan recorded a cover of Whitney Houston’s classic ballad I Have Nothing and did so flawlessly! Check out the details…

The talented R&B/soul singer Jazmine Sullivan recently took to Vibe Magazine’s V Sessions microphone and performed an amazing cover of one of Whitney Houston’s classic songs, I Have Nothing from her 1992 movie The Bodyguard.

We’ve all heard karaoke, talent show, and other covers of this song over the years. Some were good and some were not. However, THIS cover was EXCELLENT in that Sullivan, known for her rich, soulful alto, made the song her own without taking anything away from the original!

Check out Sullivan’s rendition below, be on the lookout for her forthcoming album, Reality Show to be released January 13, and share your comments on her performance!